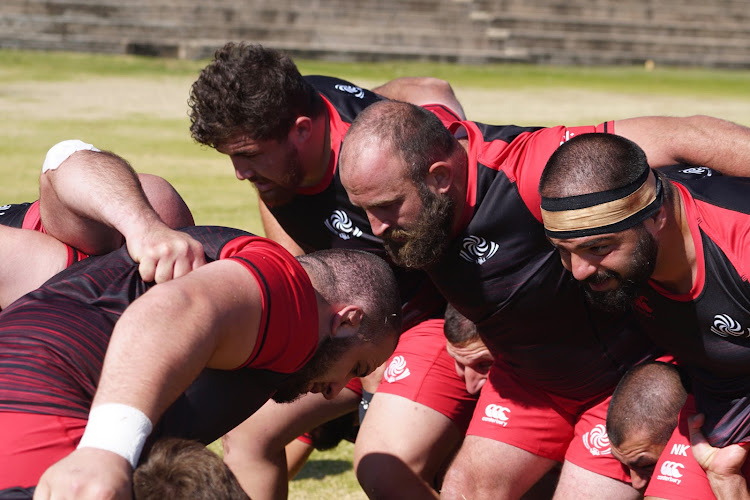 Georgia are ranked 12th in the world rankings.
Image: @GeorgianRugby/Twitter

Georgia have named a largely settled team that boasts four players with more than 50 caps in the starting line-up for their clash against Springboks at Loftus on Friday night.

Georgia coach Levan Maisashvili selected an unchanged backline but made three changes to his pack from the team that drubbed the Netherlands 48-15 last weekend in a Rugby Europe Championship match-up.

Guram Gogichashvili has been introduced at loosehead prop‚ while Giorgi Tsutskiridze and Tornike Jalagonia have been added to the backrow‚ with the latter packing down at No.8.

While the Boks haven’t played since the 2019 Rugby World Cup final‚ the Lelos got to blow off more dust and cobwebs in their defeat of the Netherlands.

They delivered a performance that would have served them well in preparation for the two-Test series against the Springboks.

They scored eight tries in their victory over the Dutch.

Georgia‚ who are 12th in the world rankings‚ will rely heavily on the experience of centre and captain Merab Sheridkadze (78 caps)‚ scrumhalf Vasil Lobhanzidze (58)‚ lock Kote Mikautadze (67) and hooker Jaba Bregvadze (66).

In 22-year-old flyhalf Tedo Abzhandadze they have a proven match-winner. He joined Brive in France in 2019‚ a year after making his Test debut aged 19.

Apart from the grunt of their forwards Abzhandadze's partnership with Lobzhanidze will be central to the Lelos’ fortunes in the series.

If there was any doubt the Lelos are determined to have a confrontational‚ forward-based battle with the Boks it was removed when they unveiled a team with six forwards and just two backs in their bench.

Scrumhalf Gela Aprasidze and flyhalf Giorgi Babunashvil are the only backline replacements.

Whether their six forwards on the bench will make the impact of South Africa's famed ‘Bomb Squad’ from the last World Cup remains to be seen.

Georgia team to play the Springboks: