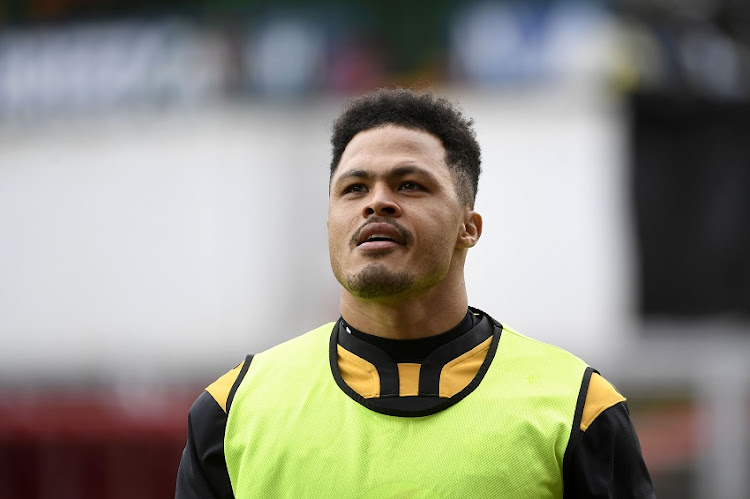 Juan de Jong of Wasps looks on during the Gallagher Premiership Rugby match between Leicester Tigers and Wasps at Welford Road on February 20, 2021 in Leicester, England. Sporting stadiums around the UK remain under strict restrictions due to the Coronavirus Pandemic as Government social distancing laws prohibit fans inside venues resulting in games being played behind closed doors.
Image: Malcolm Couzens/Getty Images

The wave of returning veterans washing up on these shores is gaining momentum and the latest arrivals will do so in Cape Town in the form of Western Province's Currie Cup-winning captains Juan de Jongh and Deon Fourie.

Both have signed contracts with Western Province (WP) and will return to Cape Town in July.

Springbok midfielder De Jongh‚ who played 19 Tests between 2010 and 2016‚ last played for the Boks when they were thumped 57-15 by the All Blacks in Durban.

De Jongh lifted the Currie Cup at Newlands in 2014‚ earned 97 Stormers caps and played 59 times for WP before moving to English Premiership side Wasps in 2017. There he developed a near cult following almost on a par with the level of devotion shown to Ashley Johnson.

De Jongh also proved an effective Sevens practitioner‚ representing the Blitzbokke at the 2016 Rio Olympic Games before leaving for England.

Fourie led WP to the Currie Cup title in 2012 and was an influential player in the Stormers team that went unbeaten in the league phase of Super Rugby that year. The versatile Fourie‚ who can play both hooker and in the loose trio‚ has been playing in France since leaving the Cape in 2014. He has 84 Stormers and 90 WP caps.

De Jongh is excited to reunite with the team he supported from childhood.

“I feel that I have a lot to add and there is much that I can achieve here with the current coaching staff and players. I was lucky enough to learn from some legends of the game when I was first making my way‚ and I am excited about contributing in any way I can to taking these teams to the next level‚” he said.

Fourie is relishing the prospect of building something special.

“There is a formidable group of players here‚ combining international quality and experience with plenty of young talent‚ so I can't wait to get involved.

“It will be an honour to pull the Stormers and WP jerseys on again and I will be giving everything for these teams in my second debut season‚” he said.

The pair will add valuable experience to the team and head coach John Dobson has no doubt they have a lot more to offer.

“Juan and Deon are both legends who achieved much in their time here‚ but we wouldn't have signed them if we hadn't been impressed with the rugby they have been playing.

“These are two tough players who we know will play their hearts out for the jersey and our faithful fans and we are looking forward to seeing what they will add in the upcoming campaigns‚” he said.