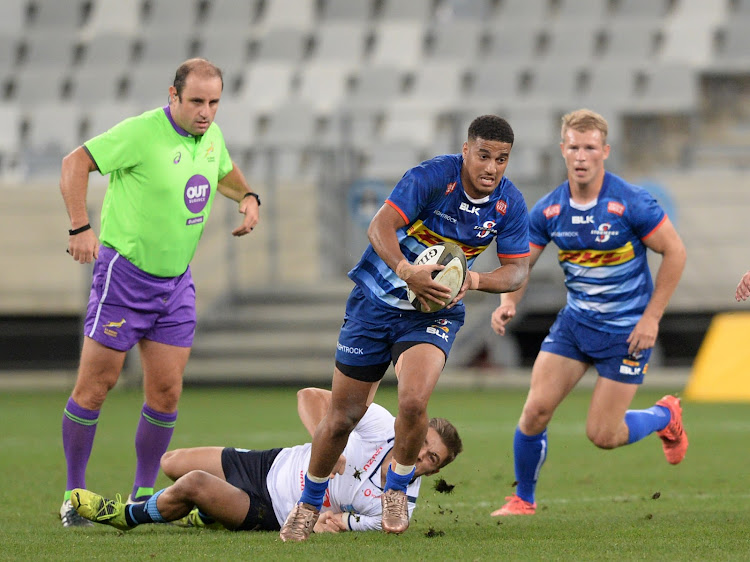 The Stormers are struggling to get over the try line at the moment.
Image: Ryan Wilkisky/BackpagePix

Having assembled something resembling their very best talent‚ nothing should stand in the way of the Stormers giving a true account of their worth against the Sharks this weekend.

Injuries contributed to early Rainbow Cup SA losses but after victory over the Lions last weekend‚ and the return of players who bring a hard edge‚ they will travel to Durban in the belief they are destined for better things.

They were said to be the team most likely to rival the Bulls for supremacy in this competition but those early losses to the Sharks and the Pretoria side have caused many to rethink.

Although they have reason to have a spring in their step‚ they will be mindful not to lose their footing in the damp conditions anticipated for this weekend.

With that in mind‚ coach John Dobson has assembled a confrontational pack of forwards with the accent on bashing away at the gain line.

“Rain will make it a bit tighter and Willie (Engelbrecht) is a physical player‚” said Dobson about the hard running loose forward.

“However‚ the main reason for the selection is that Willie has played at No.6 before and he is in the (Springbok) alignment camps and in the national frame. To leave him out of such a big game would be odd.

“Evan Roos has done really well at No.8 and has been great for us. Then there was Pieter-Steph (du Toit). It was more a case of getting four into three‚” said the coach of Marcel Theunissen having lost out.

The Sharks‚ meanwhile‚ have shown their selection hand with head coach Sean Everitt making three changes and one positional switch to his team.

After rupturing a patella tendon against the Bulls‚ Sikhumbuzo Notshe will be a long term caualty which means Henco Venter moves to No 8 with Thembelani Bholi packing down at flank. Venter played regularly in that position when he was still with the Cheetahs.

In midfield‚ Marius Louw cracks the nod ahead of Jeremy Ward.

Everitt believes his side is ready to bounce back from last weekend's heavy defeat to the Bulls.

“The guys are proud‚ they have a lot of fight in them.

“Despite last week’s loss‚ there is still a lot of rugby to be played. We have three games and it starts with our come-back this Saturday and we’re certainly not out of the race.

"We’re still in a really good position‚ the Bulls are only three points ahead of us‚ we still have them at home and we haven’t lost at home a long period of time. We want to bounce back and we do want to win this competition.”