Why the Lions still appear more prey than hunter 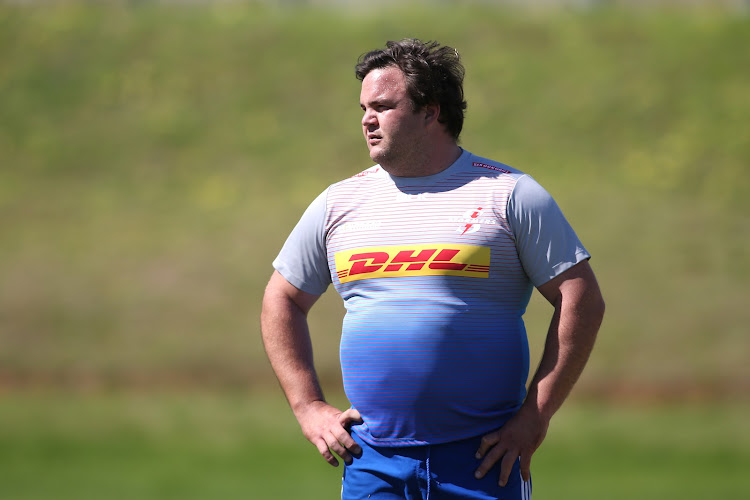 They are not quite in the realm of easy-beats‚ but the dearth of international class in their ranks had made the Lions a targeted team even before the start of the Rainbow Cup SA.

Two matches in‚ without a win‚ the Lions still appear more prey than hunter. The Stormers' Rugby World Cup winning prop Frans Malherbe however has been around the block far too often to be talking down the next opposition.

He believes the Lions‚ who lost both those matches away from home‚ are opponents capable of turning it on if the mood grabs them. The Stormers may have dominated the scrums in both their defeats to the Sharks and the Bulls and may have reason to be optimistic about their prospects in that department at Ellis Park on Saturday but Malherbe is only too aware of the viccissitudes teams all teams experience when they pack down.

“Every team has its own identity‚ especially when it comes to scrummaging and the Lions have a highly respected pack and I have to give them credit. They have guys who work hard and have good discipline at scrum time.

“I think they have grown and as a pack they scrum well as a unit‚ so we’ll have to be ready on Saturday‚” said the tighthead prop.

Platitude‚ or the justified pointing to potential peril?

He said more or less the same ahead of the Stormers' trip to Ellis Park for their Currie Cup encounter last December. “You have to have respect for the Lions scrum. In the last few years they've built respect. If you underestimate them you are going to be in trouble. It will be a big challenge for us this weekend‚” Malherbe said then.

It may just be a case of Malherbe holding back his offensive until the opening whistle.

To be fair‚ the Stormers pack shouldn't have cause to strut chest out ahead of kick-off at Ellis Park. They struggled to assert themselves in the line-out last week against the resourceful Bulls who habitually applied a spoiling hand in the absence of Salmaan Moerat‚ JD Schickerling and in the second half‚ Marvin Orie.

“We’ve worked hard on (line-outs) after the defeat to the Bulls. It’s a mixture of taking the right options and executing that option to the best of our ability‚” said Malherbe.

“We’ll work on it the rest of the week as well and hopefully we take all the right options and execute them.”

In that department the Lions has received a timely boost with the return from injury of Willem Alberts. Stormers assistant coach Norman Laker noted the experience Alberts will bring to the Lions' forward unit.

“He is a phenomenal player who’s played quite a few Test matches for South Africa. So he will bring calmness and his ball-carrying ability is phenomenal‚” said Laker.