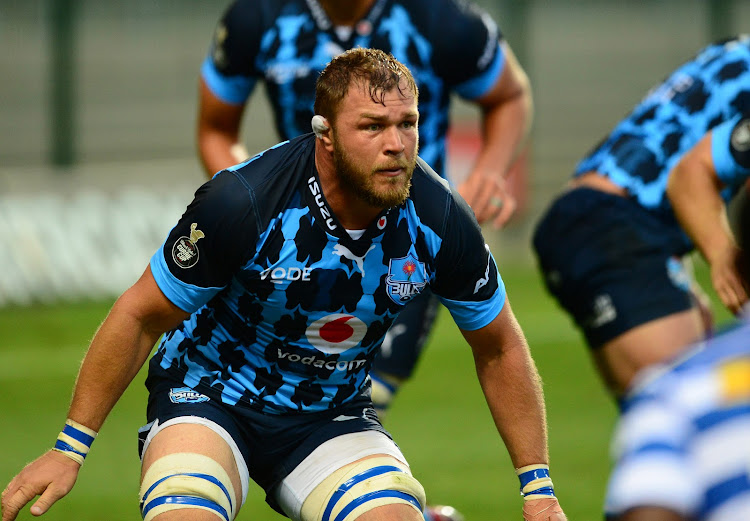 Captain Duane Vermeulen is back to bolster the Vodacom Bulls after missing the opening round of the Rainbow Cup SA last week.
Image: Ryan Wilkisky/BackpagePix

Bulls coach Jake White has recalled Springboks No.8 Duane Vermeulen to the starting line-up of their Rainbow Cup SA match against the Stormers at the Cape Town Stadium on Saturday.

Captain Vermeulen missed last weekend’s narrow win over the Lions at Loftus as he was rested due to an agreement that franchises have with Springboks coaches after alignment camps.

Vermeulen missed last weekend’s clash with his Springbok team-mate Trevor Nyakane‚ who will sit out of this match.

In his squad for the trip to Cape Town‚ White made minor tweaks to the team that won the opening round match over the Lions and Vermeulen’s return sees Nizaam Carr dropping to the bench.

White is hoping that the experienced Carr‚ who captained the team in the absence of Vermeulen last week and during some of the Preparation Matches‚ provide the necessary impact when called upon in the later stages.

White has adjusted his backs with a direct exchange of James Verity-Amm and Chris Smith‚ who played well against the Lions‚ switching positions with David Kriel and Morné Steyn respectively.

With the heavies upfront‚ White has rang only one change besides the return of Vermeulen with Walt Steenkamp starting in the number 4 jumper and Janko Swanepoel moving to the bench.

On the bench‚ White is going to rely on the vast experience of players like Lizo Gqoboka‚ Carr and Arno Botha‚ and youngsters like Schalk Erasmus and Zak Burger.

“Last week certainly proved how vital it is that we continue getting as much competitive rugby under our belts‚” said White.

“The players need little motivation for another brutal North-South derby and we are definitely up for the challenge against a solid Stormers outfit.”