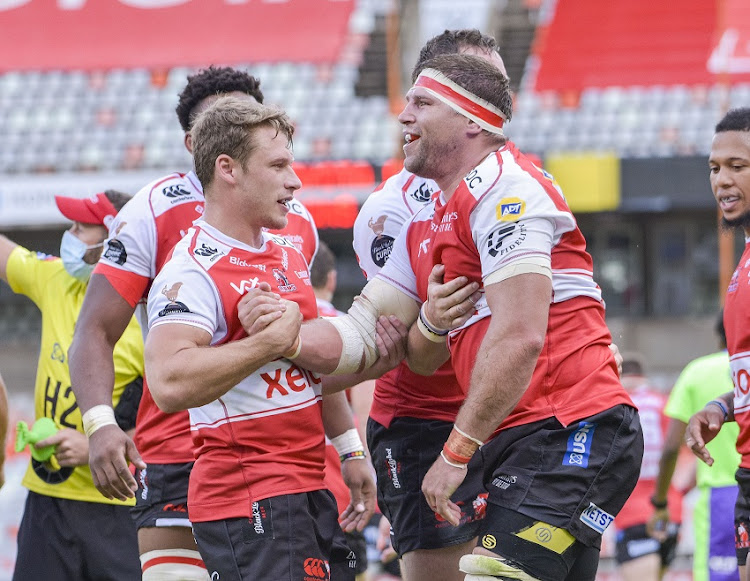 Already without the talismanic Elton Jantjies‚ the Lions' flyhalf reserves suffered another blow with utility back Tiaan Swanepoel consigned to the sidelines for the remainder of the Rainbow Cup SA.

He will be out for between eight to 10 weeks after suffering a fractured right fibula in the Lions' 24-9 defeat at the hands of the Bulls at Loftus last weekend.

Swanepoel started at fullback but was an early casualty in that game‚ leaving the field after just 12 minutes.

The Lions have been hard hit in the influential positions of flyhalf in fullback with Jantjies on a short term contract with Pau in France‚ while another gifted utility back Gianni Lombard is still recovering from long-term injury.

He ruptured his right anterior cruciate ligament in a clash against the Bulls in November last year. His initial prognosis indicated he will be back in July or August.

In Swanepoel's absence EW Viljoen will most likely wear the No15 jersey when the Lions meet the Sharks in Durban this weekend.

Less serious is the calf injury of stalwart Willem Alberts but he is still on the mend and will miss this weekend's clash.

On the bright side however‚ is the return to fitness of tighthead prop Ruan Dreyer and hooker Jaco Visagie for Saturday's clash against the Sharks.

The Lions face a difficult start to the season with away matches in Pretoria and Durban and will be desperate to avoid a second successive defeat on the road.