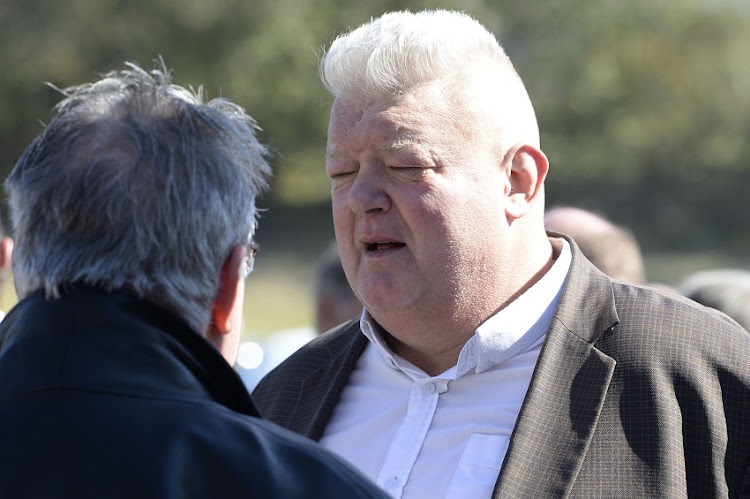 Kobus Wiese during the Funeral service of former rugby player James Small at The Deck at the Wanderers Club on July 18, 2019 in Johannesburg, South Africa.
Image: Lee Warren/Gallo Images

Rugby World Cup hero Kobus Wiese is recuperating in a Cape Town hospital after suffering a heart attack on Wednesday.

Wiese‚ who was part of the team that was victorious in the 1995 edition of the tournament‚ was initially admitted to a Paarl hospital but the 56-year old former lock was transferred to the Mediclinic in Panorama in Cape Town's northern suburbs.

According to news reports‚ he underwent a procedure to have an intravascular stent inserted into a narrowed vein.

“I spoke to Kobus this morning and he’s OK‚” Van der Linde told Netwerk24. “He’s a very big pal of mine. We have been friends since 1995. He is a strong man‚” said Van der Linde.

Wiese who after his playing days turned television presenter and pundit has become a popular member of SuperSport's onscreen line-up.

His temporary absence from their line-up last year was widely bemoaned.

Wiese is also a successful businessman after entering the coffee trade in 1994.