Cheetahs down Stormers in Cape Town 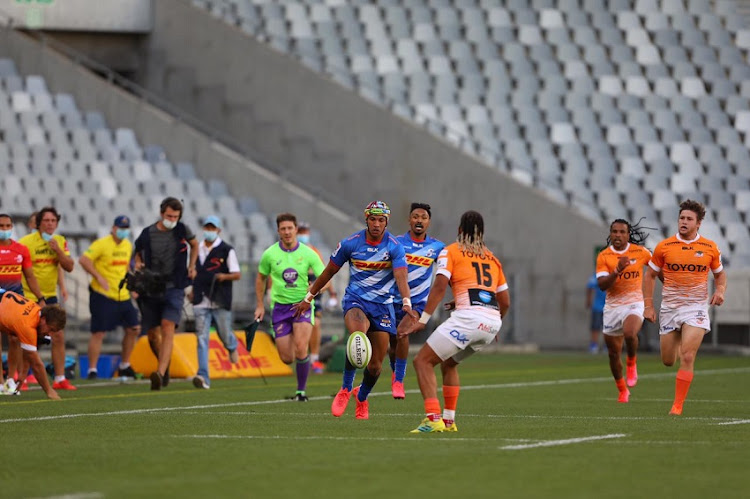 On their first day in their new Cape Town Stadium home the Stormers criminally left the back door open resulting in a 34-33 defeat to the Cheetahs.
Image: twitter/stormers

On their first day in their new Cape Town Stadium home the Stormers criminally left the back door open resulting in a 34-33 defeat to the Cheetahs.

Although they excelled in the primary phases they could not make their dominance count and will have to significantly improve their game management and sharpen their attack before they go into European combat.

They will also be concerned that as the shadows grew it were the visitors who played with more verve and vigour.

Not that the Cheetahs did not impress in the first half.

With the Stormers' back door ajar the sticky fingered, long of stride Cheetahs looted through exquisite counter attack.

While their discipline abandoned them, the Cheetahs proved potent when they explored the extremities of the field.

Their chief tormentor was former Blitzbok Rocko Specman. Every time he was put in possession opportunity beckoned for the visitors.

He was put on his backside in a defensive blunder that led to a try for Tristan Leyds but he illuminated the stage with three quality long range tries.

His first came following sterling work from Clayton Blommetjies who scythed through a gap after he collected an uncontested kick.

His second was one in which he just about stuck his tongue out to the defenders. Every dummy he made ended with a 'sold' sign on it.

It's not all doom and gloom for the Stormers.

Even without their Rugby World Cup winning front row their set piece was again dominant.

To be fair, scrumming is not an area in which the Cheetahs have excelled of late. Defections have hit them hard.

The Stormers will also be pleased with their maul defence which thwarted the Cheetahs' advances at close quarters.

Kade Wolhuter's goal kicking proved hugely reassuring. He however was less assured with the kicking tee out of sight.