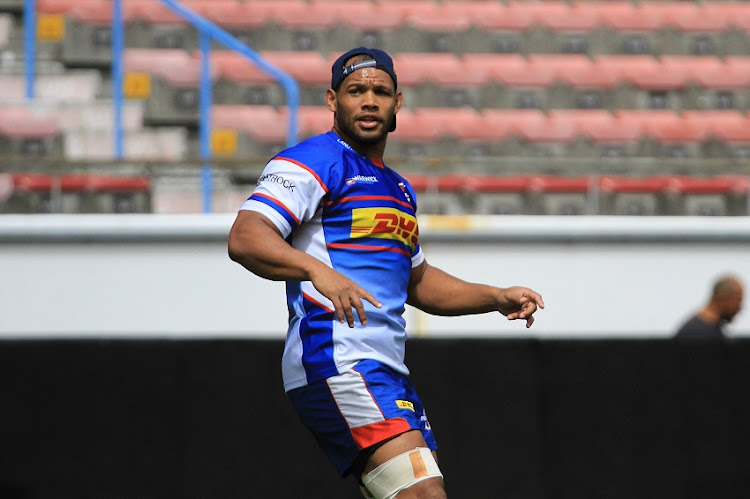 Having spent some time in England with Wasps‚ Springbok and Bulls loose-forward Nizaam Carr knows what’s in store for the South African teams in the upcoming inaugural Rainbow Cup.

After leaving Super Rugby‚ which included teams from New Zealand and Australia and the Jaguares from Argentina‚ the Bulls‚ Stormers‚ Lions and Sharks have joined the Rainbow Cup comprising of 12 of the European teams that played in Pro14.

The Pro14 ends in March to make way for the Rainbow Cup‚ which starts in April with the 12 European teams and the Bulls‚ Stormers‚ Lions and Sharks.

Before the start of the Rainbow Cup‚ South African teams will be in action in the Preparation Series with Carr and the Bulls opening their account against Eastern Province at Loftus Versfeld on Sunday.

“It is always the wet weather and generally the fields are not as bad as we think‚” said Carr‚ who will captain the Bulls team against the Elephants‚ about the conditions South African teams are going to find during the tournament in Europe.

“There are also artificial pitches‚ which are quite good and you get other pitches that are wet and muddy‚ which will be okay for the Bulls. But you are never going to find it easy because we are used to the hot weather and pitches are more dry and faster and suited for running rugby.

“I don’t think we should move away from what we want to focus on. We have looked at a few things that we wanted to get better on and also to work on our strengths.

“I think we can get better in mauling‚ which has been a key thing for us‚ and also use the scrum as a weapon to win a lot of penalties. That will be good up north and this coming four weeks will be good preparation for us.

“It is the ideal time to get ready and to get contact levels up after the short break.”

As a senior player‚ Carr said he will welcome the responsibility of leading the Bulls’ relatively young squad in the Preparation Series.

“Our squad is young – Jean de Villiers and those guys at the Stormers used to be the older guys and we were the younger ones and now I find myself on the older side of things here at the Bulls.

“I am 29 years old and it feels a bit weird but having said that‚ this is a big opportunity for all the guys.

“If you are complaining about playing in this competition then you are in the wrong sport and you should go and play another individual sport where you can focus on yourself. This is a massive opportunity‚ especially for the younger players‚ to show coach Jake [White] what they’ve got and they can turn at this level.”