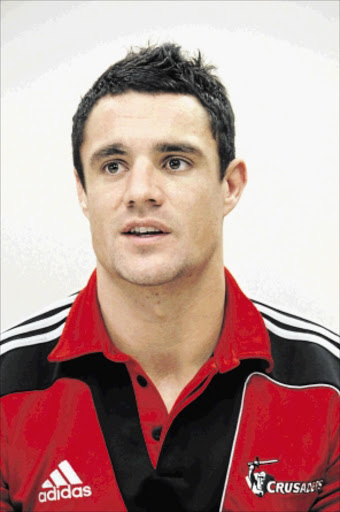 The 38-year-old, capped 112 times by New Zealand, played his last test in 2015 when he produced a man-of-the-match display to help the All Blacks to victory over Australia in the World Cup final.

The flyhalf was also part of the New Zealand team that won the 2011 edition of the tournament, though he missed the final after tearing his groin tendon.

He leaves the game as the highest point scorer in test rugby with 1,598, more than 350 points clear of England's Jonny Wilkinson.

"A sport I've played 32 years which has helped shape me into the person I am today. I can’t thank everyone who has played a part in my journey enough, particularly you, the fans.

"Rugby will always be a part of my life."

Carter was named International Rugby Player of the Year three times in his career, equalling the record held by longtime team mate and skipper Richie McCaw.

After his international retirement, he enjoyed a three-year spell with Racing 92 in Paris followed by two seasons with the Kobe Steelers in Japan. He returned to New Zealand last year for a brief stint with the Auckland Blues.

Carter told the New Zealand Herald he no longer had the motivation to push himself as hard as necessary to be competitive in New Zealand rugby.

"I play to be the best player out on the field," he said. "That is my drive and it always has been and I just didn't have that drive back here in New Zealand."

Three South African players have been named in World Rugby 15’s Team of the Decade.
Sport
1 year ago

South Africa and France have seemingly kissed and made up.
Sport
1 year ago

The coronavirus-enforced lockdown doesn’t have many obvious benefits but Western Province and Stormers lock Salmaan Moerat believes it can help ...
Sport
1 year ago
Next Article