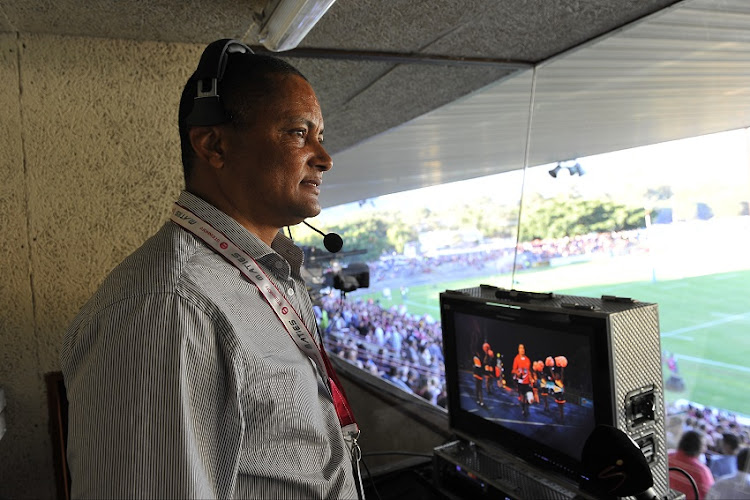 Retired referee and television match official (TMO) Shaun Veldsman has given the lowdown on how match officials prepare and the emotions they go through before and after a Currie Cup final.

The Blue Bulls host the Sharks at Loftus Versfeld in this Saturday's final and Veldsman stressed there will be few things that takes referee Jaco Peyper by surprise.

Veldsman who became the first black referee to take charge of a Currie Cup final in 2003 said thorough preparation and planning for all eventualities are essential.

His recollections of that final involving the Blue Bulls and the Sharks is remarkably vivid.

“I reffed Bulls' and Sharks' games earlier that season. So I knew what to expect‚” recalled Veldsman.

“In the week leading up to the game I did my preparation with Freek Burger.” Burger was SA Rugby's referees manager and a veteran of five Currie Cup finals.

“We sat down and analysed and noted what one could expect in a match like that. You can prepare in advance for certain scenarios.

“Almost everything is based on worst case scenarios. Over prepare rather than under prepare.”

He said when things reach boiling point on the field it is incumbent of the referee to put a lid on it. “When those things occur just slow things down. Put the ball on the ground‚ slowly approach the party that transgressed and give them a calm explanation as to why they are being penalised. The idea is to take the tension out of the air.

“A lot of this has to do with managing emotions. Both teams want to win but both can't. The referee has to manage those emotions.”

This weekend that task will fall to Peyper‚ who will be taking charge of his fifth Currie Cup final. Peyper will be assistant by AJ Jacobs and Griffin Colby on either side of the field‚ while Marius van der Westhuizen will serve as TMO. Rasta Rasivhenge‚ who took charge of the 2015 final‚ has been named reserve referee.

“Jaco is by far the most experienced referee in South Africa‚” reminded Veldsman. “He is more than up to the task and would have prepared himself fully for those scenarios. Whether that involves the scrums and what to expect from certain props‚ who is likely to dominate that area and techniques employed by the front rows.

“You look at the line-out‚ which teams have a habit of walking across and who impedes the supporting players. Those things would have been looked at already.

“Also‚ who are the players who normally do the talking on the field. As much as we saw Rassie Erasmus (SA Rugby's director of rugby) talk about how they analysed the referees at the last World Cup‚ referees do the same with players. Which players are keen to run the show. Referees know who they are.

“Basically‚ you have to take a holistic view in your preparation so that when the ball takes flight after kick-off you know what to expect.”

He remembers the final he took charge in fondly. He was spared any crucial last minute decisions as the Bulls ran out comfortable 40-19 winners.

“The final I refereed was unbelievable because it was in front of 50 000 spectators. This Saturday will be different because there will be no one in the stands.

“In my case it was quite an occasion. En route to the stadium our vehicle was being guided by police escort with sirens blaring. The traffic was off the charts. My wife thought it was wonderful being guided by the police. And then to experience that vibe at the field was extraordinary.”

That in itself is remarkable considering the Springboks were on Rugby World Cup duty in Australia at the time.

“On the Friday when I decided to take a walk around Loftus I proceeded down the tunnel to discovered it was getting a fresh coat of blue. The mat that the players run out on was being engraved or chiselled out for the occasion.

“I tried to get a sense of what the field was like without spectators. The next day there is 50 000 spectators but you feel ready. After the game you still experience this buzz and you can't sleep because the adrenalin is still pumping. It is a great feeling and one I will always remember.”