Cheetahs' Frans Steyn: 'We would rather take an ugly win than a beautiful loss' 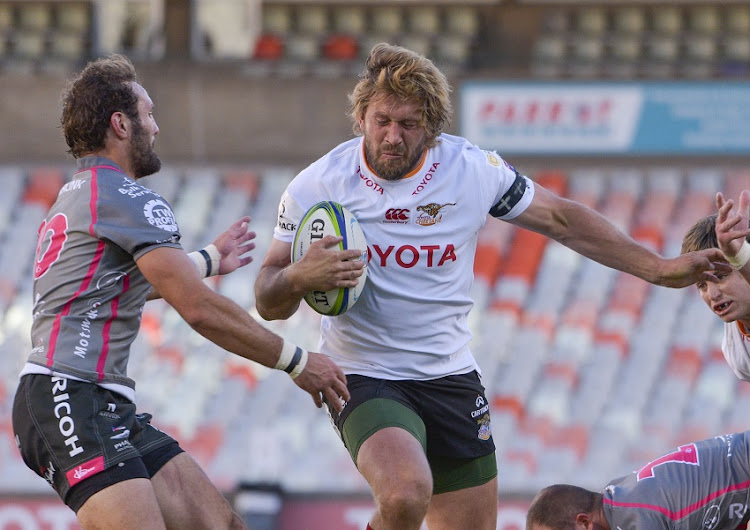 Double World Cup-winning Springbok hero Frans Steyn has fired a warning shot at rivals ahead of the Cheetahs’ expected participation in the eight-team Franchise Cup next month.

The inspirational centre says the men from Bloemfontein will be “good and ready” when they return from a short break after exiting the Currie Cup before the semifinal stage.

After being dumped of the PRO16 Rainbow Cup to make way for the Bulls‚ Lions‚ Stormers and Sharks‚ the Cheetahs are actively seeking new opportunities to play overseas.

The Bloemfontein side are next expected to be in action in the mooted Franchise Cup‚ which kicks off at the end of February. It is expected that an announcement on the Cheetahs’ overseas future will be made next month.

The Currie Cup season ended for the Cheetahs when they beat the Griquas 22-18 in Kimberley in a dead rubber encounter. Both sides were out of the reckoning to reach the playoffs before the opening whistle sounded.

Man-of-the-match Steyn said he was disappointed the Cheetahs had not reached the playoffs.

“I’m just happy the season and the Currie Cup are done for us now‚” he said.

“Now we will go away and get the batteries recharged and come back. We would love to have been in the playoffs‚ but we have to be realistic. The season was tough for us‚ but that is not an excuse.

“Maybe it’s a good we can get away from rugby and get refocused and come again. I don’t know that competition we are going to play in next. But we will be good in that competition.

“It is difficult to get yourself motivated especially coming here to Kimberley. We knew they would come for us‚ and we were at the stage where there was nothing on the line.

“We wanted to play well and shift the ball around‚ but they put us under a lot of pressure and we made a lot of mistakes. I’m happy it’s done.”

An ugly win is preferable to a beautiful loss‚ was how Cheetahs captain Carl Wegner summed up his team’s season-ending win.

With nothing on the line for either side‚ it was always going to be difficult for both sides to rev themselves up for a dead rubber Carling Currie Cup encounter.

The difference between the sides was the booming boot of Steyn who kicked five penalties and a conversion.

“We would rather take an ugly win than a beautiful loss‚” Wegner said.

“All credit to Griquas because we knew it would be difficult here in Kimberley and they gave us a go for our money.

“Eventually we pulled it through and all credit to the boys who stuck to the plan. In the second half we tried to get a bit of structure going and we got the win.

“We will now have a bit of time with the family‚ and we need it because it was a tough year for everyone. It will be good for us to break away from rugby for a bit.

“But it will not be a long break and the we will be back in training and working for the next competition and make sure we are on par when we get there.”

“Unfortunately that has been the story of our season‚” he said. “ At crucial moments we are not be capitalising and putting on points.

“We know with a guy like Frans Steyn and penalties from 50 metres plus it is going to be a case of three points and another three points against you. It is disappointing that we did not get a win. I think in seven of our games we lost within seven points.

“Now we have a couple of weeks off to recharge and come back for the SA Cup.”