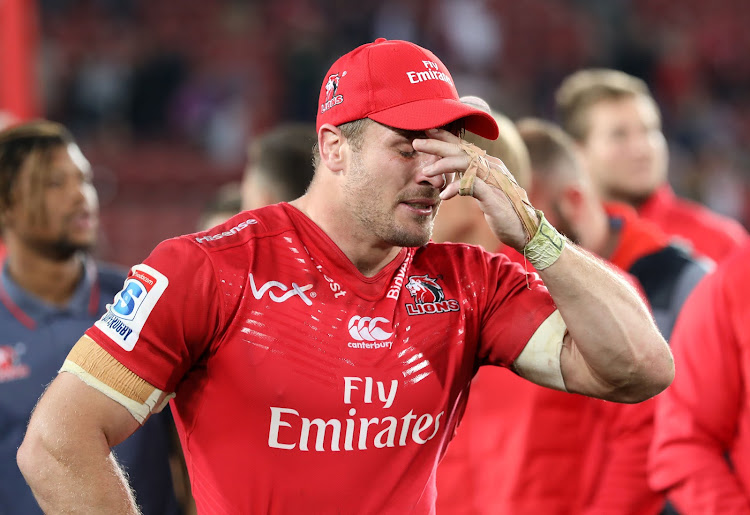 The Lions will go into their much-anticipated Currie Cup league match against the Blue Bulls at Loftus on Wednesday without Springbok flanker Jaco Kriel.

The speedy backrower has been rested for the clash as the Lions‚ who have already qualified for the semifinals and round up their league commitments against the pace-setting Bulls.

Kriel’s place goes to the ever-toiling Marnus Schoeman‚ who also featured in the team’s win last weekend against the Pumas in Mbombela. Kriel doesn’t feature on the bench either.

In the only other change to the pack Wiehahn Herbst drops out for vastly experienced Springbok tighthead Jannie du Plessis‚ while in the backline Wandisile Simelane is relegated to the bench‚ affording Burger Odendaal a start.

Although the Lions will have only five days between their win over the Pumas and Wednesday’s game‚ the coach was in no position to make wholesale changes to refresh weary legs and lungs. Still‚ the Lions will venture into unchartered territory.

“For most of these guys they would not have done this since Craven Week‚” said Van Rooyen about the prospect of playing two matches in five days.

Although they beat the Pumas to maintain their unblemished record in the Currie Cup last weekend‚ it was far from convincing.

“Today [Tuesday] we had an active captain’s run. The guys look refreshed enough. They look ready‚ excited to play. There is a lot of energy.”

The match at Loftus will kick off at 4pm.