Tactical rethink from coach Van Rooyen after scrap with Pumas

Lions can't be paper tigers against the Bulls 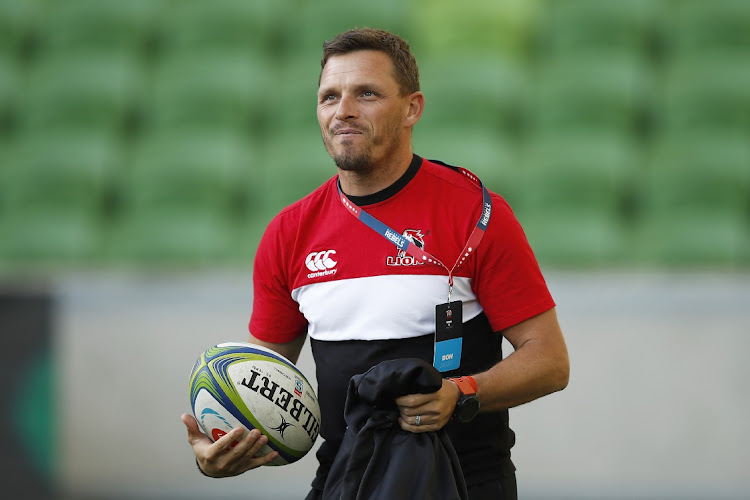 If the Lions want to secure a home Carling Currie Cup semifinal they will have to up their game against the Bulls today‚ coach Ivan van Rooyen has said.

The Lions’ set-piece was not convincing when the Johannesburg side scrambled to a 33-25 win over the Pumas in Nelspruit.

The victory means the Lions‚ with 29 points after 10 games‚ have moved into third spot on the log standings behind leaders the Bulls (35 points) and Western Province (31).

Fullback Tiaan Swanepoel was the star of the show for the Lions‚ scoring two tries and kicking four penalties.

One of the players who made life difficult for the Lions at scrum time was one of their former players, Darrien Landsberg, who excelled in the second row, and his efforts against former teammates earned him praise from Van Rooyen.

“We’re very familiar with Darrien and he knows our system quite well too, for obvious reasons‚” Van Rooyen said.

“In addition, Pumas loose head Morgan Naude has also had an excellent season‚ so we were definitely primed for a big clash in the set pieces.

“I’m really happy for Darrien‚ it’s been a good move for him to go to the Pumas.

“That said‚ we’ve maintained throughout that we believe set-pieces is one of our strengths‚ so we’ll definitely have to have a good look at things.

“We were really proud of the win and the character we showed‚ but a bit disappointed with the performance itself. The Pumas did really well to consistently disrupt our rhythm.

“It was a good occasion to try and be a bit abnormal and try different things in terms of our playing style.

“If things went a bit different‚ we might’ve considered changing the plan for the Bulls but I think this result against the Pumas will force us to be a bit more conservative.

“Hopefully we can tire the Bulls enough for the Pumas to pounce against them next weekend.”

After another impressive display‚ Swanepoel can expect to have a target on his back at Loftus Versfeld.

Earlier in the competition‚ the 24-year-old was in brilliant form, kicking five penalties that included an effort from 61m to lead his team to a 22-19 win over Western Province.

“We know what Tiaan can do with his boot‚” Van Rooyen said.

“He kicked about a 70m kick the other day in training so we knew that it was a weapon for us.

“We knew that he had it distance-wise and it was some nice BMT [big match temperament] from Tiaan.”

In other matches at the weekend‚ Western Province scored a last gasp 31-29 win over the Cheetahs in Bloemfontein and the Sharks notched a 47-19 win over the Griquas in Durban.

It took an 81st-minute penalty from flyhalf Tim Swiel to subdue a stirring challenge from the Cheetahs at the Free State Stadium.

WP now remain on track for a home semifinal at Newlands‚ while the defeat sunk hopes that the Cheetahs could sneak into the semis.

Fullback Tiaan Swanepoel inspired the Lions to their fifth consecutive Currie Cup win when they downed the Pumas 33-25 in Nelspruit on Saturday.
Sport
1 year ago

Cheetahs coach Hawies Fourie has said that his team's win against the Sharks this weekend had come at a vital time for them.
Sport
1 year ago
Next Article