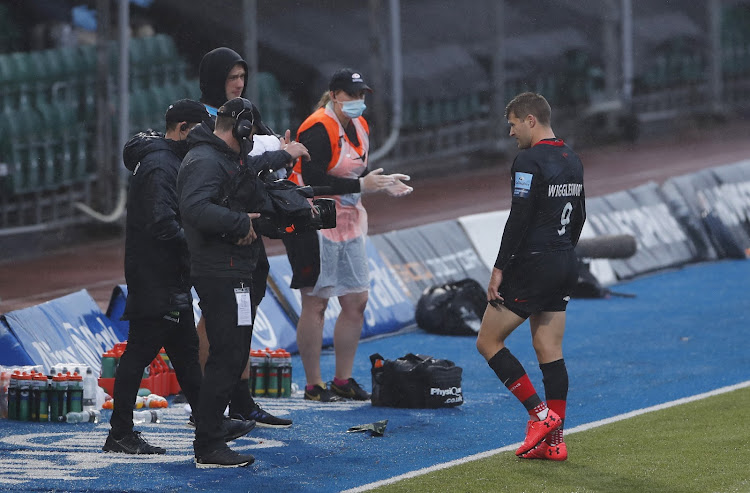 Saracens' Richard Wigglesworth leaves the pitch after being substituted off during a match against Bath in London on October 4, 2020.
Image: Action Images/Andrew Couldridge

Saracens will consult with England head coach Eddie Jones over fitness plans for their national team players to ensure they head to the Six Nations in February in good shape, the Championship club's director of rugby has said.

Saracens, winners of four Premiership titles in the past six years, were sanctioned for spending above the league's salary cap and docked points before being relegated from the top flight in October.

The start of the 2020-21 season in England's second division has been postponed to March due to the Covid-19 pandemic, meaning Saracens' national team players such as Owen Farrell, Maro Itoje and Billy Vunipola, will not play any competitive games before the Six Nations.

Saracens' Mark McCall told the Daily Mail he hoped to arrange some pre-season fixtures to give players a platform for their campaign to return to the Premiership.

"We are talking with Jones to see if he has playing requirements for some or all of those players," he said.

"We will come up with a collaborative plan, but I know he and the players are keen.

"What they've not really had this year is a pre-season. They've gone straight from games in August, September and October into being flat-out with England for seven or eight weeks.

"It's a unique opportunity for them to have a mini pre-season before the Six Nations."

Getting out of the Championship at the first time of asking was the priority, said McCall.

"Our primary objective is to get back into the Premiership, but the second is to develop our group of younger players," he added.