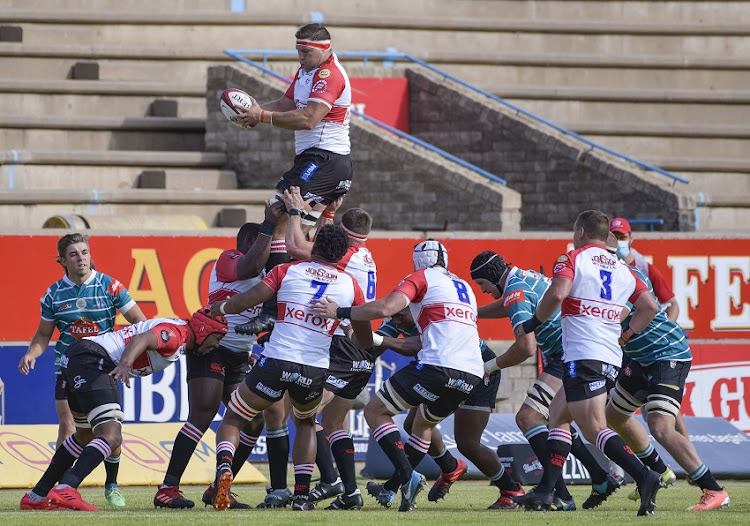 The Lions will take seven survivors from last year's Currie Cup final defeat against the Cheetahs back to Bloemfontein for this Saturday's important league clash.

Dylan Smith‚ Marvin Orie‚ Wandisile Simelane and Stean Pienaar were in the starting line-up while Jan-Henning Campher‚ Wilhelm van der Sluys and Len Massyn were on the bench that day.

“We have some good memories there and some not so good from that game‚” said Lions coach Ivan van Rooyen of the 31-28 defeat.

The teams bizarrely avoided playing each other in Super Rugby Unlocked earlier this season when their clash was cancelled because of Covid-19 protocols. Saturday however could prove defining as both teams try and cement a place in the top four and a place in the semi-finals.

The Lions have opted for experience in their attempts to bolster their scrum with the introduction of Jannie du Plessis to the tighthead position. They would probably have gone for Carlu Sadie but he is on honeymoon.

“There is a bit of rotation‚ so Jannie is getting a start in Bloemfontein‚” said Van Rooyen of his decision to elevate the 38-year-old at the expense of Ruan Dreyer.

Van Rooyen has made two changes in the backline with Dan Kriel coming in for Burger Odendaal.

“Burger has a bit of a tight calf and it is not worth the risk. Manny Rass comes onto the bench. Andre (Warner) gets a start at scrumhalf. Krappie (Morne van den Berg) will be on the bench.”

Victory will go a long way to earning the Lions a place in the top four‚ but defeat may well spell the opposite. “We are ready‚” declared Van Rooyen. “We had a good week. We had nice sunshine and the guys are in good spirits. Both sides will be desperate and we know what to expect from them. They can play an intensity game‚ a wide game‚ as well as a physical game if they want to.”

The Cheetahs‚ meanwhile‚ have also tweaked their front row. They introduced Jacques du Toit to hooker with Marnus van der Merwe providing cover on the bench. Aidon Davis starts while Victor Sekekete drops to the bench.

Williams Small-Smith and Malcolm Jaer are the wings‚ while Reniel Hugo and Dries Swanepoel now feature among the substitutes.