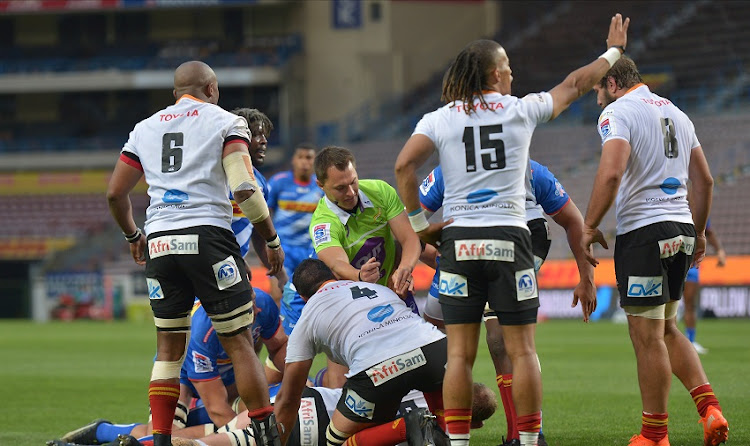 The Cheetahs‚ still angered by their exclusion from next year's newly revamped PRO16 competition‚ believe South Africa's entrants must be determined through play-off matches.

The Free State side‚ who have been playing in the PRO14 competition since 2017‚ were dumped from the competition along with the Southern Kings after the members council of the South African Rugby Union (Saru) determined that the Lions‚ Sharks‚ Stormers and Sharks should participate in the competition.

Saru arrived at that decision after the Super Rugby competition as we know it collapsed following the New Zealand Rugby Union's decision to play a regionally-based competition instead from next year.

It meant the Cheetahs were squeezed out through no fault of their own‚ but they are not taking it lying down.

“We also support them in their belief that the South African Rugby Union (Saru)‚ should adopt the principle of play-offs to ensure that the best four SA teams participate in the Pro16 international competition‚” the Cheetahs said in a statement after their main sponsors Toyota dispatched a media release with similar tone last week.

“Free State Cheetahs management can see no reason why the current Super Unlocked and Currie Cup competitions cannot be adopted to determine the teams to represent South Africa in next year’s Pro16.

“If the Cheetahs don’t end up amongst the top four teams‚ so be it. At least fairness would prevail and ensure the continued development of the five major SA franchises. It would also deliver the best possible talent for supporters and Springbok selection.”

Their pleas are unlikely to be answered as much of Saru's deliberations centred around the commercial value they can extract from the tournament.

Meanwhile‚ the Cheetahs can continue to advance their cause on the field and to that end they've made two changes to their starting line-up for their last Super Rugby Unlocked match of this campaign against Griquas on Saturday.

Rhyno Smith and Howard Mnisi will be in the starting line-up for the first time in this competition‚ and the same will apply to Hencus van Wyk who will be making his debut for the team.