Bulls’ Aplon after cruciate injury: ‘Do I continue playing or go into coaching?’ 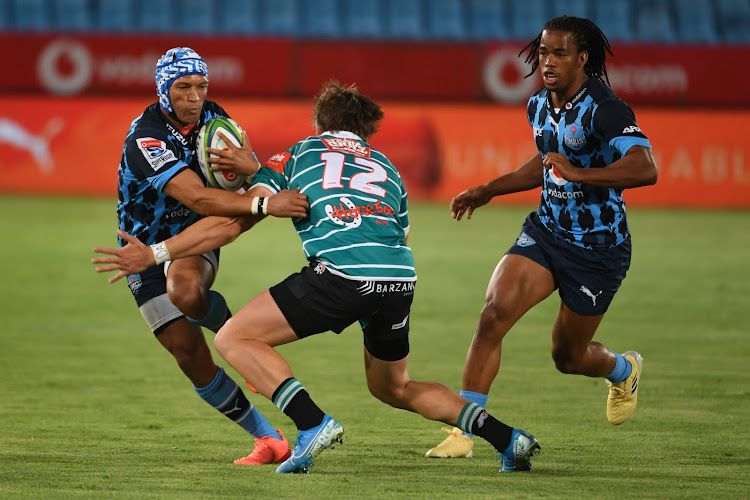 Gio Aplon of the Vodacom Bulls is tackled by Andre Swarts of the Tafel Lager Griquas during the Super Rugby Unlocked match at Loftus Versfeld on October 10, 2020.
Image: Lee Warren/Gallo Images

Former Springbok utility back Gio Aplon is in no rush to make a call on his playing future as he recovers from a career-threatening injury.

The Bulls player‚ who celebrated his 38th birthday in October‚ has just undergone a cruciate ligament (ACL) operation that has ruled him out for nine months and thrown his playing future in serious doubt.

An ACL normally takes up to six to eight months to heal and due to the shortened Super Rugby Unlocked and Currie Cup campaigns‚ Aplon’s season appears to be over and it remains to be seen if he will return next year.

“It will be foolish to make a call on my career now‚” he said.

“The most important thing is to probably stay in the present and that is the challenge for me.

"That thought [of retiring] has probably gone through my mind a couple of times but this is my second week after the operation and‚ to be quite honest‚ there are a couple of options.

“Do I continue playing or do I go into coaching?

"Those options went through my mind a lot of times but the main thing at the moment is to take it day by day because every day is a challenge for me.

“In terms of my career‚ my future or whatever‚ I am still enjoying the environment and the rest of my body still feels okay.”

Aplon‚ who has 17 caps for the Springboks‚ said he is aware that tough times are still ahead.

“The tough times will come now during rehabilitation and the question of where I am going to find myself after nine months.

"The most important thing is that the medical team here at the Bulls have been supportive.

“I am still involved in helping a bit with the players and giving ideas here and there. In terms of my mental state being around the team is good.

“Getting the injury was a little bit weird because I never had an ACL before. I only heard people talk about it.

“It was a weird feeling and coming off in that game and I was a bit sad because that’s not the way you want to start your career with a new franchise or finish your career.

“I waited for a week-and-a-half before the operation just to do some pre-rehabilitation and that week was good.

"Now it’s just a bit of uncomfortable pain but I am walking with crutches.

“At 38 years old‚ I never had such an injury before and it has been frustrating than anything else but the worst thing is feeling helpless.”