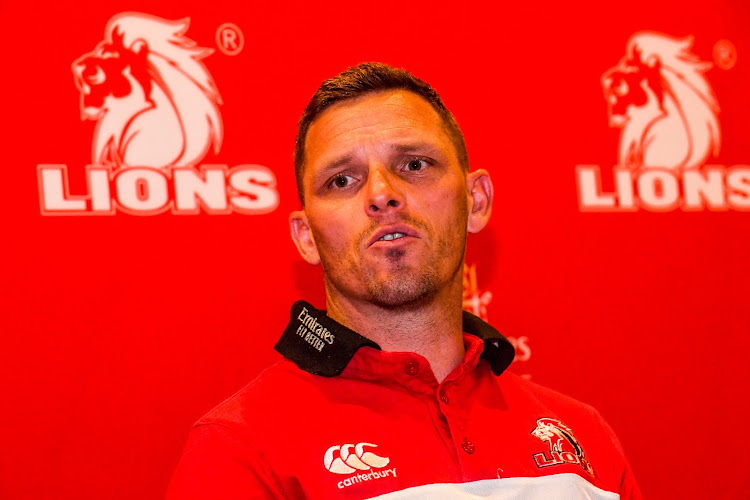 The Lions fell short again as they picked up another losing bonus point in Super Rugby Unlocked against the Bulls at Ellis Park on Saturday.

This time they lost 30-25 to the team that cemented their place at the top of the table.

The recurring theme has left the Lions frustrated‚ even if progress was made along the way.

“As much as it hurts to lose‚ we are proud of the character the guys displayed. In all the hurt there are quite a few positives‚” said coach Ivan van Rooyen.

His team started slowly but bossed the Bulls in the second quarter of the game. But they could not maintain that momentum after the break.

“There were one or two moments where our decision-making wasn't ideal‚” noted the coach.

“The closer it comes to an 80-minute game the result will go our way. There are 10 or 15 minutes where we lose concentration.”

Although the Lions forwards gave a decent account of themselves‚ the Bulls' pack eventually got the upper hand. Their experience and sheer brawn wore down the Lions.

Van Rooyen believes his team could have stuck to their script a bit better.

“There were one or two system errors that proved expensive.

“We are a relatively young pack and the guys are getting better every week. They showed that there is growth. Our scrum and maul worked well. It is a bit of inconsistency.

“I know and I believe our 80-minute performance is around the corner‚” said Van Rooyen.

Captain Elton Jantjies also gave his forwards the thumbs up.

“I feel the pack stood up nicely. It is one of our strengths. It was just some soft moments. I said before the game that there will be a lot of learning.

"We learnt that we are good enough but we need to do better in the small moment‚” said Jantjies.

The Lions produced one of the brighter moments of the match to drag themselves back into the contest when Wandisile Simelane waltzed his way past four Bulls defenders to score.

The try came on the back of a superb performance a week earlier against the Griquas.

“Hats off to Wandi and the support players around him because that enabled him to have a one-on-one‚” said Jantjies.

The Bulls will be relieved that they negotiated this hurdle‚ given the disruptions they had to contend with.

“This is not an excuse but there were a lot of disruptions as well‚” said Bulls coach Jake White.

“We lost a hooker on Thursday and a flanker in the first five minutes of the game. We lost both props and we asked a lot of the bench.”

White explained that it was pleasing that the young players who had not spent much time together got the job done.

“Sometimes you have to win games like that ugly.”