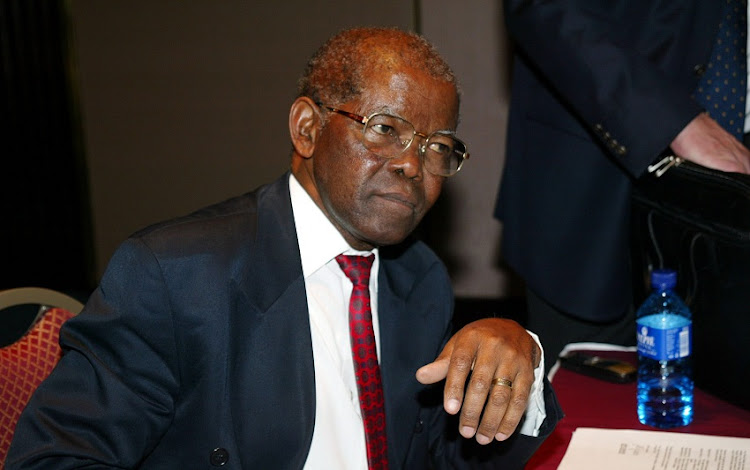 Nkanunu‚ chairman of SANZAR and briefly vice-chairman of the International Rugby Board (IRB‚ now World Rugby)‚ has died at the age of 87.

Current Saru president Mark Alexander praised Nkanunu as a force for good in the game and a builder of bridges who had come to the sport’s rescue at a time of extreme controversy.

Nkanunu took over from the controversial Louis Luyt‚ who was forced out of office after the latter exercised his legal right by insisting former president Nelson Mandela appear in court. The move proved deeply unpopular and Luyt had to make way for Saru’s first black African leader.

“Silas had many great qualities and skills as an attorney but perhaps the greatest tribute you can pay is that he was a simply a good man‚” said Alexander.

“It might sound like faint praise‚ but he had none of the ego‚ malice or aggression that sometimes characterises our world and he was an immensely calming and consensual influence at a very difficult time for rugby.

“The Port Elizabeth-based attorney succeeded Luyt‚ who had been ousted when rugby provinces rebelled against his leadership style following confrontations with government and the National Sports Council (NSC)‚” Saru said in a statement.

“Nkanunu had been a member of the Union’s executive since rugby unity in 1992 and had served as senior vice-president‚ before he resigned in protest at Luyt’s tactics early in 1998. He was elected unopposed for the position of president after Luyt’s removal.”

Nkanunu had stayed in the position until another palace revolution brewed. Following a disappointing Rugby World Cup in 2003 and several highly newsworthy debacles within the sport Nkanunu stood down in the face of opposition from Brian van Rooyen‚ who succeeded him as president.

Nkanunu‚ who had been chairman of the IRB’s game’s regulation committee‚ had been elected as the global body’s vice-chairman only the month before.