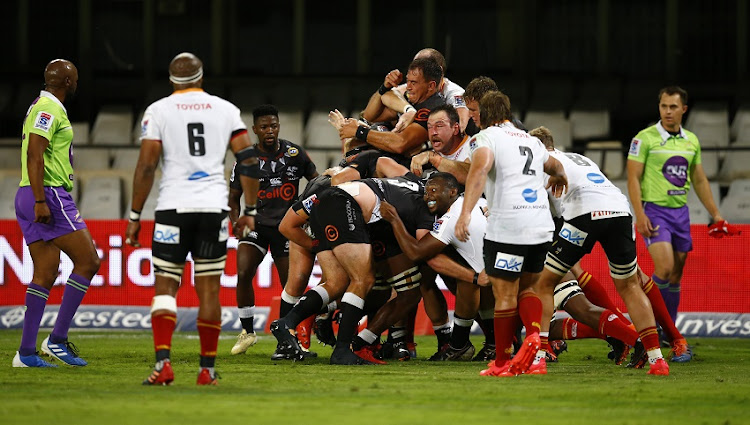 Kings Park has dished up some unedifying and utterly forgettable games of rugby in the past. This one, which the Sharks won 19-16 against the Cheetahs, was one of those.

If you didn’t watch it, you didn’t miss much. If you did, you lost 80 important minutes of your life you’ll never get back. This game made watching paint dry seem like it was an extreme sport.

This isn’t an exaggeration. Nothing about the game was exciting. It was error-strewn, tentatively approached and an abomination of a fixture.

However, South African rugby tends to serve spectacular games, like the Bulls’ two most recent outings at home against the Sharks and the Stormers.

For those fixtures, there’s always one like this evening’s where nothing threatens to happen at any juncture.

The Cheetahs, who went into the game unbeaten, didn’t deserve to win and so did the Sharks. The teams made heavy weather of literally everything.

Tian Schoeman and Curwin Bosch traded penalties for the better part of the game while the Cheetahs botched an early overlap with the Sharks defence straggling.

The Sharks had a 53rd minute Jeremy Ward try disallowed because of interference from Manie Libbok in the build-up.

While that try was correctly chalked off, Schoeman’s forward pass that lead to William Small-Smith’s 71st minute try wasn’t picked up by referee Cwengile Jadezweni. At that point, the Cheetahs were trailing 9-6, but led 13-9 with eight minutes left.

Bosch’s tactical kicking was probably the only bright spark of the game and his pin-point kick pass was well pick-up by Madosh Tambwe, who out-jumped Clayton Blommetjies to score in the 77th minute.

Bosch who won man of the match for his 12 points and general match management, landed the conversion and followed it up with a monster penalty after the hooter to put this excuse of a game beyond doubt.