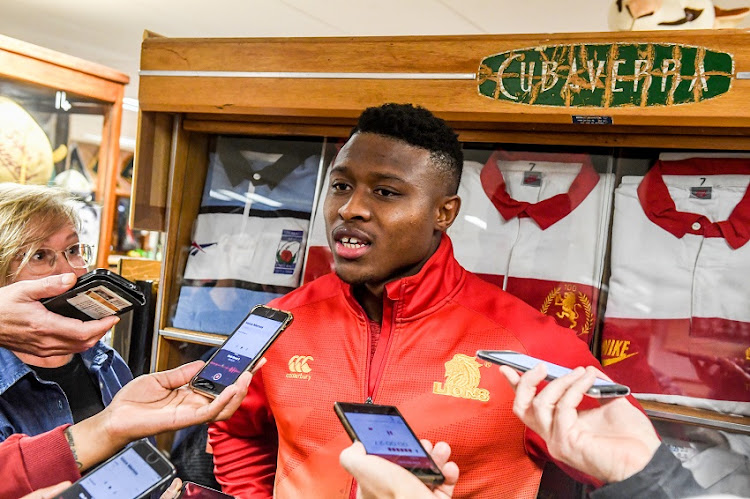 SA Institute for Drug Free Sport (Saids) chief executive officer Khalid Galant has confirmed that a decision on the doping hearing of former Springboks winger Aphiwe Dyantyi will be known in the coming weeks.

The 25-year-old‚ who was the World Rugby Breakthrough Player in 2018‚ is fighting for his career after his mandatory B-sample came back positive for three banned substances about a year ago.

“The hearing into the doping charges against Springbok rugby player‚ Aphiwe Dyantyi concluded after two days of testimonies by expert witnesses and closing arguments from both the athlete and prosecution‚” said Galant.

“The athlete was charged with a doping violation in August 2019. The hearing was initially heard over three days in September 2020 and adjourned to 3rd November 2020.

"The independent panel will now deliberate on the evidence and render a decision within the next few weeks.”

The explosive Dyantyi‚ who was one of the stand-out players in world rugby in 2018‚ is currently serving a provisional suspension from all forms of rugby pending the outcomes of the hearing.

As a result of his suspension from the game‚ Dyantyi missed out on selection for the Rugby World in Japan where the Boks beat England in the final in Yokohama to be crowned champions under the leadership of Siya Kolisi.