'Devastated' Wallabies need to learn in a hurry 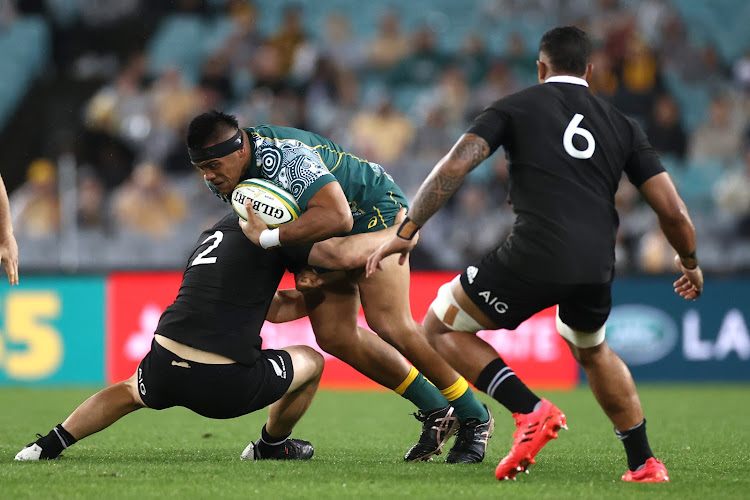 Allan Alaalatoa of the Wallabies has bemoaned the pack losing the ball a lot, which resulted in the playmakers unable to make things happen.
Image: Cameron Spencer/Getty Images

Australia prop Allan Alaalatoa had a simple answer for how his team was feeling after they were humiliated by a record 43-5 defeat to New Zealand on Saturday in the Tri-Nations opener that also clinched the Bledisloe Cup for their trans-Tasman rivals.

"We're devastated," Alaalatoa said on Sunday. "The boys were gutted last night and even (still) this morning when we woke up.

"There are some tough (lessons) there for everyone involved."

The lessons, however, will need to be assimilated in a hurry, with the two sides scheduled to meet again next Saturday in Brisbane.

The defeat also silenced the clarion calls that their long-suffering fans were witnessing an Australian renaissance under new coach Dave Rennie following a 16-16 draw in Wellington three weeks ago.

The All Blacks, however, delivered a harsh reality check with a much more combative performance to record a 27-7 victory in Auckland and then produced a rampant and clinically executed first half at Sydney's Olympic Stadium on Saturday.

Australia's lack of depth at key positions was exploited, with debutant Noah Lolesio, while undoubtedly their best option at flyhalf as they build for the 2023 Rugby World Cup, given a lesson in how to control the game by his opposite Richie Mo'unga.

The forwards also failed to match the All Blacks' physicality, dropping the ball in contact or failing to get any momentum in the tackle and the breakdown was inconsistent.

Without the injured James O'Connor and Matt Toomua, their tactical kicking was poor and, apart from centre Jordan Petaia, the backline lacked any consistent threats.

Alaalatoa acknowledged a lot of their issues stemmed from the platform he and his fellow forwards failed to set and that was something they needed to fix in a hurry.

"The playmakers can't do their job if as a forward pack we're losing the ball," he said.

"In order to build pressure everyone has a role in doing that. It's something that we need to look at."