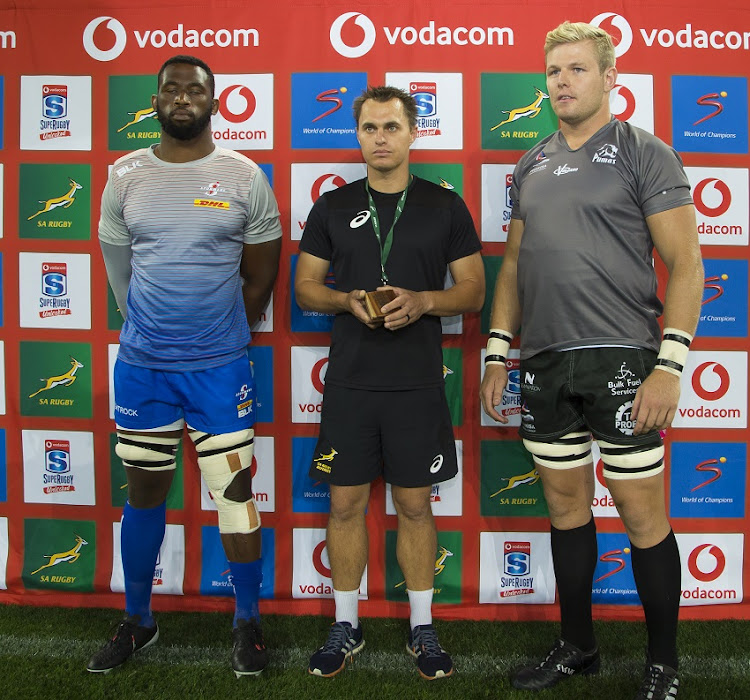 The injury that Siya Kolisi sustained against the Pumas is not as serious as first thought but it will keep the Stormers captain out of Saturday’s Super Rugby Unlocked clash against the Bulls at Loftus Versfeld.

Kolisi suffered a grade one hamstring tear in a ruck cleanout in the Stormers’ 42-37 win over the Pumas last Friday. The injury will keep him out of action for two to three weeks.

The Stormers will‚ however‚ have front-rankers Steven Kitshoff and Scarra Ntubeni back this week after they served a 10-day isolation period following the team’s round two clash against the Lions at Newlands.

Damian Willemse‚ who suffered a haematoma in that match and missed last week’s clash in Nelspruit as a result‚ is eligible for selection this week.

Loose forward Nama Xaba‚ who replaced Kolisi against the Pumas‚ wasn’t as lucky and the ankle injury he suffered in Nelspruit will keep him on the sidelines this weekend. With Kolisi out and Pieter-Steph du Toit unlikely to play this year‚ the Stormers’ loose forward reserves may be a little stretched this week.

Jaco Coetzee can fill the to-the-ball void left by Kolisi and Xaba but he may lack a bit of match sharpness having just returned from injury. The backrow is an area in which the Stormers will be tested at Loftus against Springboks like Duane Vermeulen‚ Arno Botha and Marco van Staden.

“Jaco has come back from injury and he did well for us when he came on in Nelspruit‚” Stormers coach John Dobson said.

“He can replace Siya and Nama‚ and then we have a couple of players in the under-21 squad who will be ready to step up as back-up.

“Jaco hasn’t played a lot. Nelspruit was his first reintroduction so it isn’t ideal. It means some of our forwards are going to have to be prepared to go deep in this game.

“But Jaco likes a big game and a big occasion so we are fortunate in that respect‚” said Dobson.

Also still on the mend for the Stormers are Sevens stars Seabelo Senatla and Ruhan Nel who have both started training and should return in the next fortnight‚ while wing Sergeal Petersen is a month away from returning to the action.