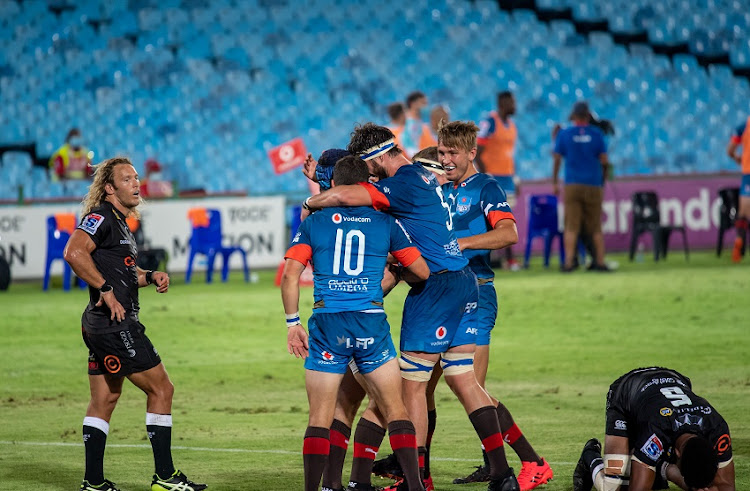 Under normal circumstances‚ the Sharks would often give a good account of themselves in Tshwane before losing.

There was nothing of that sort on Saturday when the Bulls gave the Sharks plenty to think about in a 41-14 victory at Loftus Versfeld.

Such was the abrasive and aggressive manner of the Bulls’ performance that it’s left the Sharks wondering whether they’ll be able to avoid physical onslaughts from teams like the Stormers‚ who have a hefty forward pack.

The Pumas aren’t as dominant‚ but will certainly ask the Sharks some uncomfortable questions in the same way they did of the Stormers on Friday in a game they certainly did not deserve to lose.

The Sharks haven’t become a bad team overnight‚ but the flaw in terms of physicality in their young pack was exposed.

Matching the Bulls for a while was something‚ but with the experience at the Tshwane franchise‚ a bit more was needed to go the distance with them. The Pumas couldn’t quite go the full 80 minutes with the Stormers‚ but the contentious winning try will remain a hotly-debated matter.

That’s the least of Sharks coach Sean Everitt’s concerns as the Bulls punished them for their mistakes.

“I would like to think we matched them for a certain period of time‚ but we can’t fault individuals. We weren’t accurate enough in our execution. We were a bit off the mark and the Bulls capitalised‚” Everitt said.

Everitt hasn’t been scared to give the youngsters time in the saddle‚ with one of them being hooker Dylan Richardson. With the likes of Celimpilo Gumede‚ Sanele Nohamba and Phendulani Buthelezi already looking the part in the senior setup‚ Richardson was given the chance and made the most of it.

In his core skill of line-out throwing‚ Richardson didn’t have the best of outings‚ but Everitt said the youngster will get better.

“It was a big step for Dylan to stand up in Super Rugby while also moving from flank to hooker. We know he played a bit of hooker in his school days and we feel that it’s a position that he can excel in‚ but with that‚ there’ll come a few teething problems‚” Everitt said.

“Dylan will get better and will learn with game time but his general play around the field was outstanding. He tackled well and made three crucial turnovers that complemented our defence. We all know the kind of potential he has.”