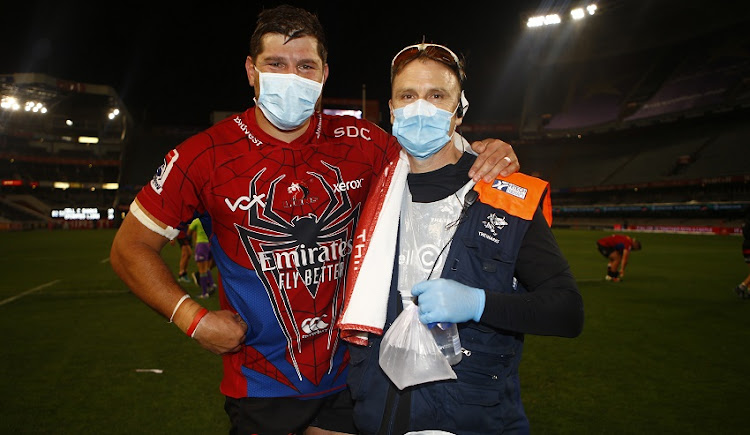 The Lions have lost big name lock Willem Alberts ahead of Saturday’s Super Rugby Unlocked clash against the Stormers at Newlands.

Alberts was in close contact with a Covid-19 case and will therefore go into quarantine‚ the Lions announced in a short statement.

Alberts was tested on Monday and tested negative.

Alberts who played in 43 Tests‚ will be replaced by Ruben Schoeman in the starting line-up. His withdrawal is the latest setback in a start-stop tenure at the Lions since joining from Stade Francais earlier this year.

Alberts returned from injury last week and although unable to go the full 80 minutes‚ was named in the starting team that played the Sharks.

Although he has played the bulk of his rugby as a gainline busting flank‚ the Lions roped him into the second row last week. At 36 years of age he may not be as mobile as he was a decade ago but at lock he brings bulk and speed relative to the position.

On Alberts’ return to fitness Lions coach Ivan van Rooyen had high praise for the veteran.

“He brings nice physicality at four for us. He’s played there and we feel he can do a job for us there‚” Van Rooyen said.

“Just having Willem in this system is unbelievable in terms of what he brings to the team room‚ the meetings as well as off the field is immense for us. He is a great character to have around.

“He understands what we want from him. He is very comfortable with what he can bring. Having him lean and in shape is exciting for us. He isn't necessarily ready to play 80 minutes but we have a big ball carrying No.4 that can do the grunt for us.”

Grunt is a commodity the Lions will need by the truck load at Newlands. Alberts’ second row partnership with Marvin Orie would have been a keenly observed feature of Saturday's clash. Their battle with Salman Moerat and JD Schickerling was likely to be a pesky‚ tetchy affair.

Apart from their line-out ability‚ the Lions’ locks will have to have a firm footing behind a front row that is likely to come under the cosh in the scrums.