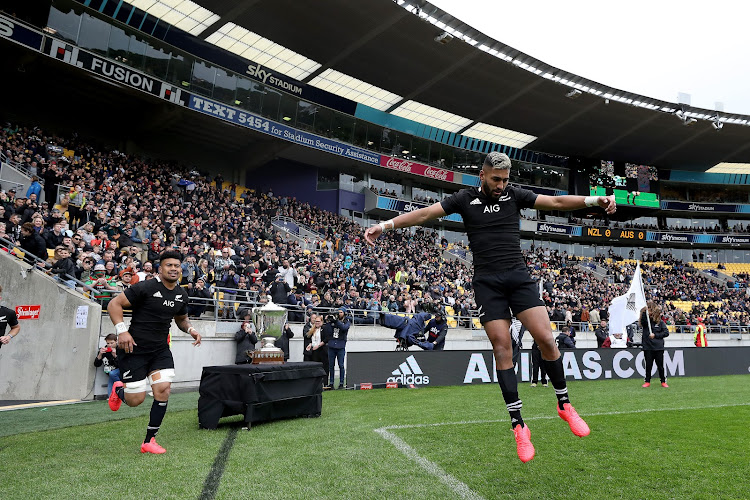 Rieko Ioane runs out on to the field during the Bledisloe Cup match between the All Blacks and the Wallabies at Sky Stadium in Wellington on October 11, 2020.
Image: Phil Walter/Getty Images

All Blacks coach Ian Foster has refused to blame Rieko Ioane for blowing a certain try in the first half of their Bledisloe Cup Test against Australia on Sunday, with the match ending nine minutes into injury time and in a 16-16 draw.

The All Blacks were leading 8-3 at the end of the first half at Wellington Regional Stadium when they turned the ball over from an error by the Wallabies at an attacking lineout and swept 65 metres down field.

Ioane, who often finishes his tries with an elaborate dive and emphatic forcing of the ball, however, lost control of it just before he touched down and the try was overturned by referee Paul Williams after he had it reviewed.

"It would have been useful (to extend the lead at halftime)," Foster told reporters. "He's (Ioane) feeling pretty frustrated with himself.

"He's a confident young man. He'll learn from that one thing but can also focus on a whole lot of other good things he did in that game too."

Foster added that the dropped ball was not the only error, with the team wasting several opportunities in the regulation 80 minutes to score more points.

They also had chances to close out the game in injury time, including setting up for a drop goal attempt, or capitalising on space they had created out wide.

"If you don't take your chances, they come back to bite you," he said.

"We had chances to win the game in that last 10 minutes and we weren't good enough to execute.

"It's a message to us all that Test rugby is back and if you're not good enough then you won't get what you want."