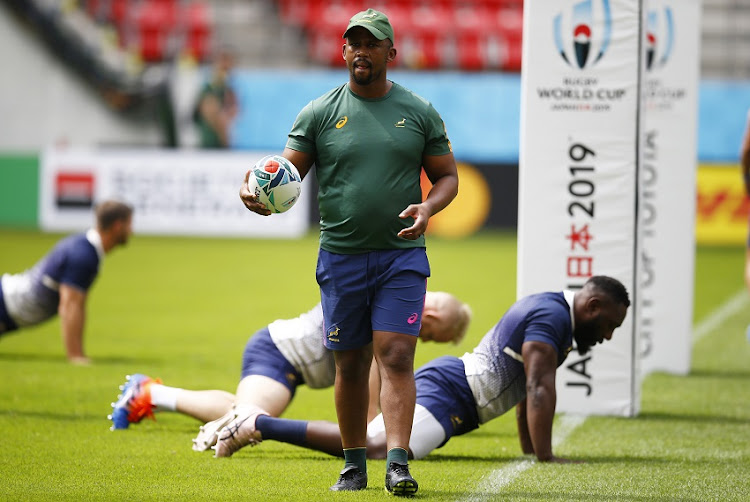 The Southern Kings were recently liquidated‚ closing a painful chapter for a tumultuous franchise that’s based in a heartland of black rugby talent.

For Stick‚ it hurt as the franchise paved much of his rugby path as a player and a budding coach.

“Even though my main focus is on Saturday’s game‚ Eastern Cape rugby is very close to my heart. It’s very sad to see what’s happening there. I don’t know much about the details of what exactly is happening there‚ but my heart will always be with the Kings‚” Stick said.

“The Kings gave me an opportunity at a young age and they’ve made into the person that I am. I will always be grateful for the opportunity they’ve given me.”

As Southern Kings coach‚ Davids had some highs‚ like the 2017 Super Rugby season that catapulted the franchise and some serious players into national reckoning. In that 2017 season‚ the Kings beat the Sharks and Bulls‚ but that was the end of their Super Rugby road.

“I was privileged to be part of the Southern Kings and I have very special memories. I’m glad that I had the opportunity to be there. It’s never easy to be in their situation. My heart is with the players and the environment in the region. I really think that it’s sad that it’s happened‚” Davids said.

There’s still the significant matter of Saturday’s Springbok Showdown at Newlands where Stick and Davids have put together formidable green and gold squads in what is a Springbok trial in everything but name.

Stick understands the need to get the guys in the groove for future rugby that’ll be played in the form of Super Rugby Unlocked that starts on October 9‚ but it’s also about easing back into rugby after the six-month‚ Covid-19-enforced lockdown.

“The first thing for us is to be able to get back on the field to play the beautiful game of rugby. We also know the players are going to be struggling with their fitness‚” Stick said.

“Being off the field for six months is something I’ve never thought about. With how we’ve managed to select the teams‚ we’ve been able to bring in the youngsters that everyone has been talking about.

“We want to give those guys a fair run and an opportunity. We also have the duty to guide the guys through Springbok processes so they can understand the standards that we attain to. With the experienced guys around‚ it also boosts them immeasurably.”