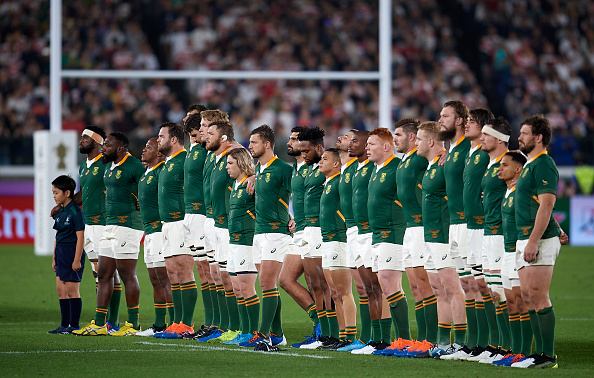 The Springboks sport more muscle than most gym goers despite running more — and harder — than most people.
Image: PABLO MORANGO/MB MEDIA/GETTY IMAGES

South Africans hoping to see the British &amp; Irish Lions play next year can do so for as little as R100 but if they want to see the Boks at the same time they have to pay R500 upwards for a seat in the nose bleed upper tiers.

SA Rugby unveiled their ticketing structure for the long awaited tour on Tuesday and prices are generally comparable with those set for the 2009 tour‚ the last time the Lions toured here.

“The top priced tickets are comparable with what was charged 12 years ago when the Lions were last here‚” said Jurie Roux‚ SA Rugby chief executive.

“But what is very different is that we have introduced four tiers of pricing for all matches – unlike the once-price-fits-all approach last time around.

“We have provided a range of price points for the public and‚ for instance‚ a family of four will be able to watch a match against one of the franchise teams for R1 000 in total‚ and for as little as R400 for a match in PE or Nelspruit.”

Unlike what happened in 2009 Roux said he would like to see a sea of green attending the matches next year. He did not clearly specify what percentage of the ticket sales would be made available in South Africa.

He said once overseas market had been saturated they can request more. He warned against the purchase of tickets from non recognised outlets.

“Integrity is paramount in the ticketing process. People should stay away from outlets other than the official website‚” cautioned Roux.

SA Rugby urged fans to go to www.lionstour2021.co.za to enter the ballot for tickets. The ballot opens on 2 September and closes at midnight 16 September. The successful applicants will be notified via email on 25 September.

Ticket prices for matches against the Stormers at Cape Town Stadium‚ the Sharks at Kings Park and the Bulls at Loftus Versfeld range in price from R250 to R600.

Tickets for mid-week matches against a SA Invitational team in Port Elizabeth and against SA ‘A’ at Mbombela Stadium are even cheaper ranging from only R100 to R350.