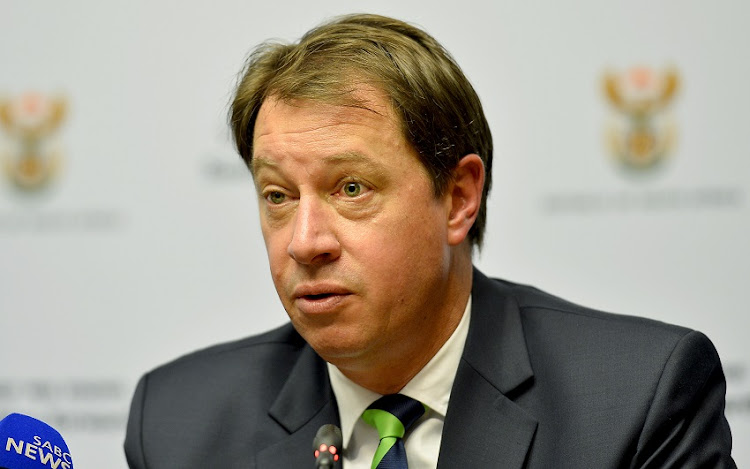 SA Rugby’s response to the actions of senior Springboks who opted not to take the knee in support of the Black Lives Matter campaign last weekend is a work in progress‚ according to its chief executive Jurie Roux.

Eight South African players‚ almost all of them Springboks representing Sale Sharks in the English Premiership‚ remained standing while the entire Harlequins team took the knee at the Stoop in Twickenham last Friday.

SA Rugby chief executive Jurie Roux said he could not specifically comment on the matter until SA Rugby’s exco had met to discuss the prickly topic.

While England’s Premiership Football League showed blanket support for the BLM movement‚ their rugby counterparts left it up to the individual clubs to decide how they want to react to the movement.

“Until the meeting of the exco has happened I cannot comment. I will be speculating if I did. We will decide what our course of action will be‚” said Roux.

“The minister asked our president for our position. The president will take that to the exco. I will give him the latitude to do that. Then we will get back to the minister with a response.”

Roux was asked if the team’s mantra from last year’s Rugby World Cup ‘Stronger Together’ was still applicable‚ given the divisive nature of the debate.

Although he didn’t say so Roux intimated SA Rugby’s support to the movement may stand in contrast to that of some of their more senior players abroad.

“We have stated our position. There is no reason why we are not ‘Stronger Together’. That was at the core of the team. They will show it when they back together again.”

Roux said the assertion that SA Rugby‚ and the players under its aegis do not understand the country’s history was a matter of opinion.

“We fully understand our past. We are busy with plans and it is about how we are going to deliver our message. We are in discussions and you will see that when we return to the pitch‚” said Roux.