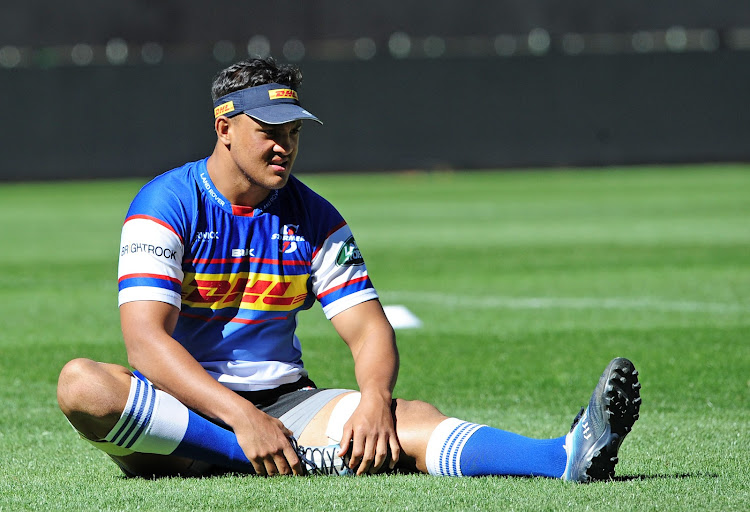 Salmaan Moerat of the DHL Stormers relaxes his muscles during a training session at Newlands in April 2019.
Image: Ryan Wilkisky/BackpagePix

The coronavirus-enforced lockdown doesn’t have many obvious benefits but Western Province and Stormers lock Salmaan Moerat believes it can help extend playing careers.

Super Rugby was halted in mid-March to help curb the spread of the virus and Moerat believes the extended time-out will ultimately be beneficial to bodies that are normally under near constant siege.

“The lockdown has been different for everyone‚" he said.

"For most players it was a good period to just recoup and recover. I won’t say it came at a good time but I think in the long run something like the lockdown could be beneficial for your career. It can lengthen your career‚ not just in the long run but in the short term as well.

Moerat’s view is partly shaped by All Blacks great Dan Carter’s take on the matter.

“I think Dan Carter during his career took a six-month sabbatical. I read something where he said how the lockdown can be beneficial for the players and how it could lengthen your career.”

The extended hiatus‚ however‚ will only be beneficial if the players return to the playing surface fit and ready to roll with the punches. In New Zealand‚ the injuries suffered in Super Rugby Aotearoa have blighted what has otherwise been a spectacle.

“That could be testament to the fact that the New Zealand teams started earlier. I think they might have had a four-week pre-season before they started playing again‚” Moerat pointed out.

Proper conditioning will be imperative when South Africa’s players return to the field‚ possibly in early September in the Currie Cup.

“Especially for forwards the amount of contact that you are taking is really high‚” said Moerat.

“I believe this could benefit you but you also have to be smart about it‚ and prepare your body to return to rugby again.

“At the same time it is really important that we create a good base before we play rugby again‚” reminded Moerat.

“I’m pretty sure we will be allowed at least five weeks of proper contact training before we start playing rugby. That should be good for us.

“I feel the squad is in good shape. Obviously we have certain things to improve on but the guys are generally fit.”

Returning to the training field in small groups in recent weeks has given the players a much needed mental boost.

“It has been amazing‚” said the lock.

“It gave each player a bit of hunger to get back. The players are excited to be back. We are working in smaller groups unfortunately but it is better than working on your own.

"It is great to be out on the field throwing the ball around. That is what we missed the most. Obviously there is that competitive edge that we’ve been missing.”