'I have been quiet for so long': Siya Kolisi on holding men accountable for gender-based violence 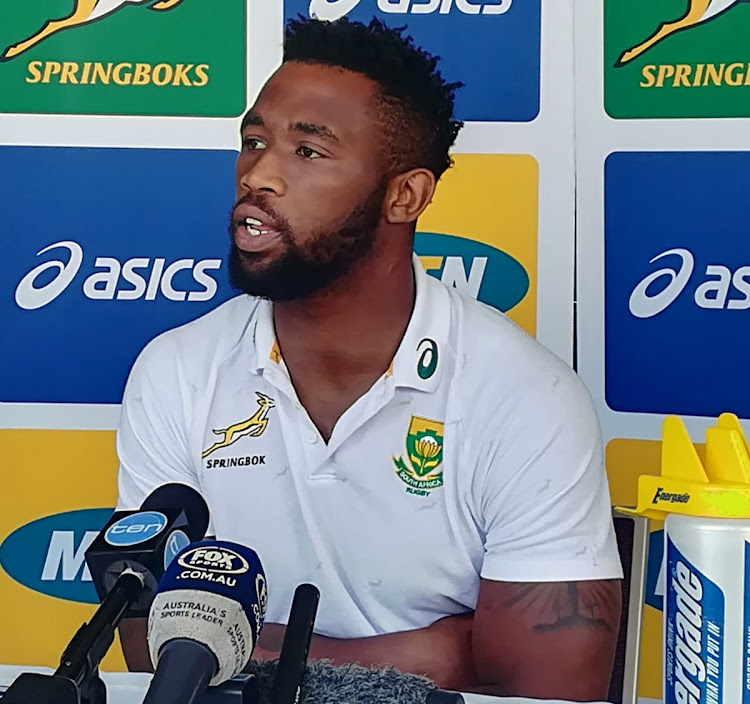 Springbok captain Siya Kolisi says men are responsible for gender-based violence and it's up to them to stop it. He said that having grown up in an abusive household, he had to set a different example for his children and younger brother.
Image: Mahlatse Mphahlele

“I have been quiet for so long,” Springbok captain Siya Kolisi said on Thursday, regarding gender-based violence (GBV) and holding other men accountable.

Speaking on 702, Kolisi said the fight against GBV keeps him up at night.

He said his silence in the past was based on not knowing if he was saying or doing the right thing.

“I was always scared to speak out because I don't know whether I am saying the right thing, so now I am out here using my voice and encouraging other men [to talk about it],” said Kolisi.

Kolisi said he was affected by GBV and him keeping quiet was not doing justice for those suffering who have experienced it first-hand.

“I was affected by it — not for me personally, but some of the people that I care about in my family were affected by gender-based violence and if I am keeping quiet, then I am not doing them justice,” he said.

“Every day there are new cases of GBV and I really want to encourage men to start speaking about it and we have to call each other out.”

Basic education minister Angie Motshekga says the rape of a grade 7 schoolgirl - when she was sent home to fetch her face mask - was a heinous crime ...
News
2 years ago

Kolisi said he stopped being scared after realising that more women were dying and his silence was not advocating change.

“I realised I can't be scared to speak up while people (women) are scared to wake up and go about their day because they are going to be attacked. Now, I am learning and asking Rachel [his wife] and the women around me questions and listening,” he said.

Kolisi said he was also unlearning some of the toxic traits that he learned growing up and encouraged other men to do so too.

“As men, we have to have these uncomfortable conversations and listen to women, because we can't be part of the solution when at the same time we are also part of the problem,” said Kolisi.

This is not the first time Kolisi has spoken out about holding men accountable.

On Instagram last week, he weighed in on why men should be part of GBV protests, saying men are the cause of the problem.

“People always ask why it is important for men to be there. It is because it's us who are causing this problem. As a man, you don't treat people like that, so that's why I have a problem with it. If someone says they are a man and they do that kind of stuff, it also reflects on me,” he said.

He shared that having grown up in an abusive household, he had to set a different example for his children and younger brother.

“I told my brother that I grew up seeing that and it becomes normal. That's why I'm saying, as men, we should be there to support. I've had to unlearn a lot of things. I don't have the answers but I know this is wrong.”

South African artists and performers have reacted to the extreme levels of femicide and domestic violence by composing songs and theatre productions ...
Entertainment
2 years ago

Lona Mzingeli, 25, abandoned his bail bid during his court appearance on Tuesday. He is accused of killing 17-year-old Amahle Quku in Philippi.
News
2 years ago

Since the start of the lockdown Mpumalanga has recorded a total of 730 gender based violence cases.
News
2 years ago
Next Article