Rivalry revitalised as Crusaders-Blues gear up for showdown 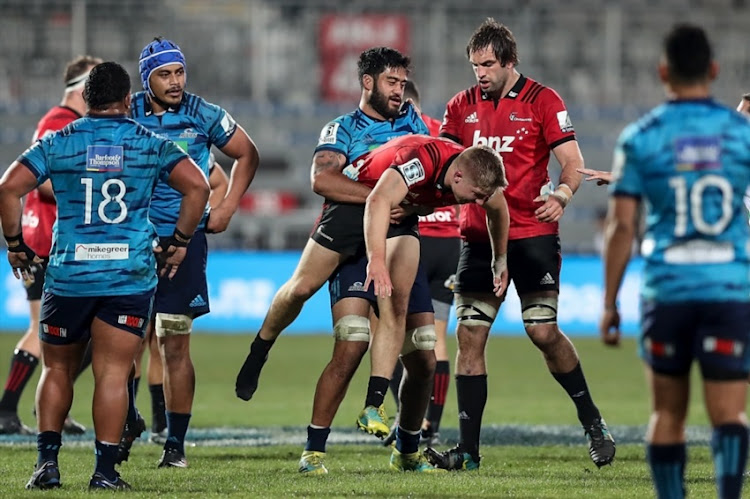 A file photo of the Blues being awarded a penalty try during the round 19 Super Rugby match between the Crusaders and the Blues at AMI Stadium.
Image: Kai Schwoerer/Getty Images

The bitter rivalry between Canterbury and Auckland has been re-ignited ahead of the Crusaders clash with the Blues on Saturday with both teams flying in Super Rugby Aotearoa, Crusaders assistant coach Scott Hansen has said.

The provincial rivalry, which dates back more than a century, has waned in recent years with the Crusaders dominating New Zealand rugby over the last two decades.

But with both sides unbeaten after their first three games of the domestic Super Rugby competition hopes are high the game will be as intense as the historic rivalry deserves.

"It feels like that (the old days)," Hansen told reporters in Christchurch on Tuesday when asked if the rivalry was back.

"There is a huge amount of respect for the Blues.

The Blues have struggled against the Crusaders in recent years and lost their previous 11 matches, stretching back to a 35-24 victory in 2014.

Captain Patrick Tuipulotu, hooker James Parsons and prop Ofa Tuungafasi are the only current Blues players who were in the 2014 squad.

Crusaders' scrumhalf Bryn Hall, however, was also in the Blues squad before he shifted south in 2016 and said he felt Leon MacDonald's side were starting to click after two years of rebuilding.

"It was really only a matter of time with the group they have had," said Hall. "You can just see the growth they have had the last two years."

That improvement was a good thing for New Zealand Rugby, Hansen said, with officials expecting close to a sell-out.

"Two teams undefeated, going for it ... it's going to be a hell of a collision."