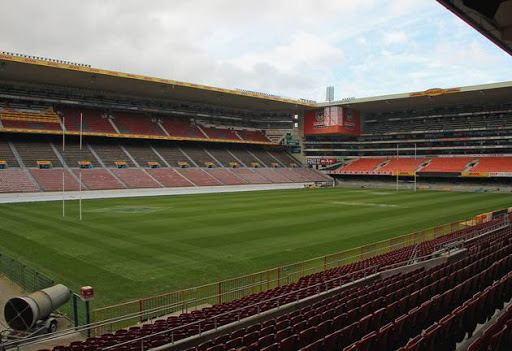 The Western Province Rugby Football Union will move out of Newlands to Cape Town Stadium to end their 130 years at Newlands by 2020.
Image: Grant Pitcher/Gallo Images

The Cape has been and continues to be lashed by storms.

Typically‚ trees have uprooted trees‚ flooding has occurred and families have been displaced.

A storm of a very different kind has been building in intensity in the shadow of Table Mountain and its full might may soon be unleashed.

Newlands‚ the home of the Western Province Rugby Football Union (WPRFU) for the last 130 years‚ will be vacated at the end of the season as the union makes the trek across town to Cape Town Stadium.

The move has been the subject of much conjecture with the WPRFU first opting to hold hands with Investec Properties before taking their business to another property developer.

Their chief motivation for moving was to raise funds for imminently payable debt to Remgro (R57m).

They took R50m from Investec Property as part of a R110m deal which would have seen the redevelopment of the stadium.

According to their president Zelt Marais‚ the WPRFU are drawing up a R112m loan agreement with Dream World Investments 401 Proprietary Limited (a company within the Flyt group) with those funds earmarked for settling debt with Remgro and Investec.

The change of heart came against the backdrop of political infighting within the union. Some club officials see the deal with Investec as cosying up to “white monopoly capital”.

Although Marais is yet to get an official mandate from the more than 100 clubs that make up the union‚ his actions have already been dictated by the faction that got him elected.

They have for some time been engaged in a power struggle with the WP board‚ the body that is appointed by the executive committee of the union.

The board is supposedly populated by individuals with the necessary skills and independent thought to conduct the professional affairs of the union.

Whether similar skills are generously spread across the length of breadth of the clubs in the union are highly unlikely.

In fact‚ if there is something to be learnt from the current Covid-19 pandemic it is that money only comes into the rugby economy when professional teams play.

While the clubs are flexing their muscles others still see the aborted deal with Investec as the safest one that was available to the union.

One insider is yet to be convinced the WPRFU performed due diligence on Dream World Investments‚ further arguing that the subsidiary company can simply be liquidated with no liability to its parent company should they fall on hard times.

There is concern that even if Marais gets his mandate from the clubs this week and is able to secure the loan‚ servicing debt that could amount to over R3-million a month may prove too tall an order for the cash-strapped union.

Of course‚ if they don’t secure the loan before the end of the month Remgro and Investec could come knocking for their assets.

Either way Newlands could fall into the hands of a third party but perhaps more alarmingly‚ should the deal on the table go south‚ Western Province‚ one of the country’s oldest unions‚ may cease to exist further down the line.

If they are to be liquidated‚ they can no longer operate as Western Province and their affiliation to the South African Rugby Union (Saru) will also be suspended.

That in turn will mean the Stormers‚ as franchise and Super Rugby entity‚ will cease to exist‚ which means Cape Town will no longer have a professional rugby team.

That‚ of course‚ will have the deeply unpalatable but predictable effect of their team‚ which is laden with Rugby World Cup-winning stars‚ being dismantled as the players seek employment elsewhere.

Even before Marais was elected president the WPRFU had little room to manoeuvre. Perhaps‚ fittingly‚ the grand old stadium which they occupy is hemmed in by a road called ‘Boundary’ on one side and a railway line on the other.

Even with limited options‚ the WPRFU have with much alacrity‚ expanded the dimensions of the already sizeable hole in which they find themselves.

The WPRFU have for some time been sailing close to the wind and the angst over whether they’ll make it to port safely is very real.