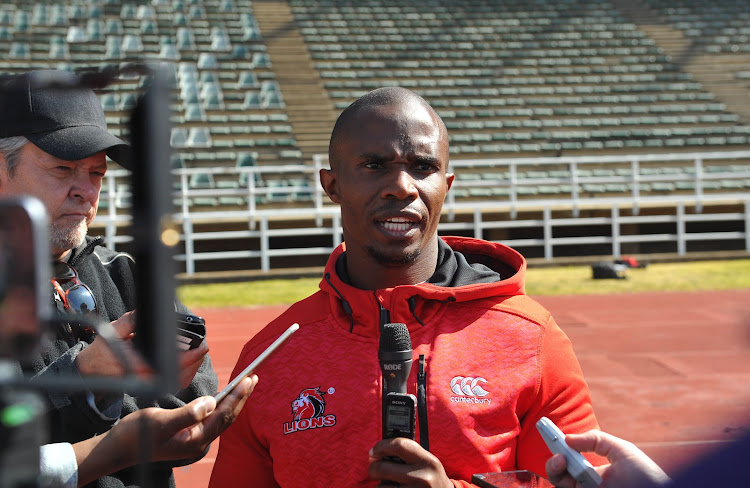 Joey Mongalo is not daunted by the prospect of working with former and current Springbok players with big reputations as he eases into his role as the new Bulls defence coach.

The 35-year-old Mongalo has made a return to the Bulls after more than a decade away from Loftus and will be shouting instructions to some players who are older than him.

“It is actually an interesting dynamic‚ for an example Morné Steyn is a guy who was a year older than me when I was a junior at the Bulls‚” he said.

“Also a guy like Duane Vermeulen is a year younger than me and we played junior rugby against each other. Since their junior rugby days‚ they have grown in their fields as players and I also grew as a rugby coach.”

Mongalo said he expect his relationship with the senior players to be one of mutual respect as they will be working towards the same goal of improving the Bulls in Super Rugby.

“It’s a place of mutual respect‚" he said.

"The days of directive coaching and saying 'you do this and you do that' have passed.

"Nowadays it’s more of a collaborative coaching style or saying 'this is how I see the picture‚ and let us see it this way.'

"If they say they see it a certain way‚ it is worthy of a discussion. It is a different type of coaching.”

Mongalo expects pressure in the job as the Bulls are looking to get back to the top of Super Rugby. But he is also willing to learn and grow under Jake White and the rest of the coaching team.

“In terms of feeling the responsibility‚ I would like to refer to myself as a rugby coach who is growing in his career‚ who is developing and happens to be black.

"It is important to view myself that way because if we are competing in the coaching world‚ it puts me on a level footing with my counterparts.

"It doesn’t give me a crutch to lean on or unfair advantage. I look at someone like Norman Laker at the Stormers because we are competing at the same level.

“The sense of pressure is more related to the organisation I am going to. The proud history and legacy that the Bulls have is huge and I have to find a way to imprint myself into that.

"With regards to the Boks‚ any rugby player who gets onto the field for the first time says to themselves 'one day I wanna be involved with the senior national team and make the country proud'.”