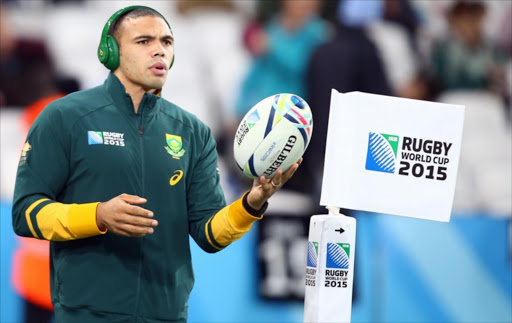 Former Springbok winger and 2007 Rugby World Cup winner Bryan Habana says a move to the Northern Hemisphere for SA Rugby can only really take shape once there’s clarity on a global season.

Speaking at the launch of his web-based interface called MatchKit.co that seeks to help athletes from across different sporting codes to make better use of their online profiles and to monetise them; Habana said southern hemisphere governing body Sanzaar needs SA Rugby and the South African rugby market because of the unfriendly Australasian time zones.

With an hour to two time difference for European viewers‚ depending on the time of year‚ the games are even earlier in the morning in the northern hemisphere.

“Something that needs to happen is a global season because that’ll provide the first bit of clarity. Personally‚ Sanzaar need SA Rugby to survive; given the time zones and the viewership‚ especially in the United Kingdom and Europe‚” Habana said.

“The games are much easier to watch in South Africa as compared to waking up in the early hours of the morning to see what’s going on in New Zealand.”

“It’s tough to give a view now because a decision hasn’t been made. It’s tough to see where our Super Rugby franchises and the national team would fit in the northern hemisphere with the current state of the game‚” Habana said.

“Player welfare is paramount in the northern hemisphere. In the year I won trophies with Toulon‚ guys had played more than 40 games.

“Now there’s a situation of trying to squeeze in another four teams and the Springboks into an already contested Six Nations. We don’t even know when rugby will be back in South Africa‚ so it’s tough to think about something that may only happen in a few years’ time.”