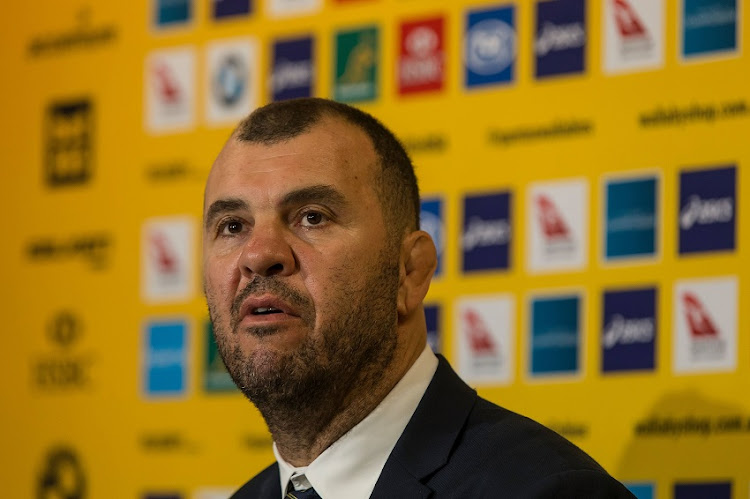 Former Wallabies coach Michael Cheika has said he should have quit the job in early 2019 after Rugby Australia (RA) brought in Scott Johnson as director of rugby and introduced a three-man selection panel.

Cheika stayed in the job until the World Cup in Japan later in the year and quit after the Wallabies were thrashed 40-16 by England in the quarterfinals.

The 53-year-old, however, told Britain's The Times newspaper on Sunday he should have stood down earlier, because he felt that Rugby Australia's management had lost confidence in him.

“In a footy team there can only be one boss, that's all there is to it,” Cheika told the Times. “I should have left because that shows they didn't trust me any more.”

RA appointed Johnson after a review into the Wallabies' 2018 season when they lost nine of their 13 test matches and there were suggestions Cheika would be sacked.

The former Leinster and New South Wales Waratahs coach added while he did not agree with the decision to appoint Johnson, he had felt he could get the team to perform well enough to clinch their third World Cup title in Japan.

“I loved Australian rugby and I thought I could do it, I believed I could get the players together and I didn't want to let the players and the supporters down,” Cheika said.

“I tried to manage it the best way I could without being out of order.

“If you cause turbulence at that point, everyone feels it and I didn't need everyone to feel the turbulence in the team.

“You have to deal with it internally.”

Cheika, however, ended his tenure as coach with a parting shot at RA management, saying he had virtually no relationship with then CEO Raelene Castle and Chairman Cameron Clyne, who have both since stepped down.