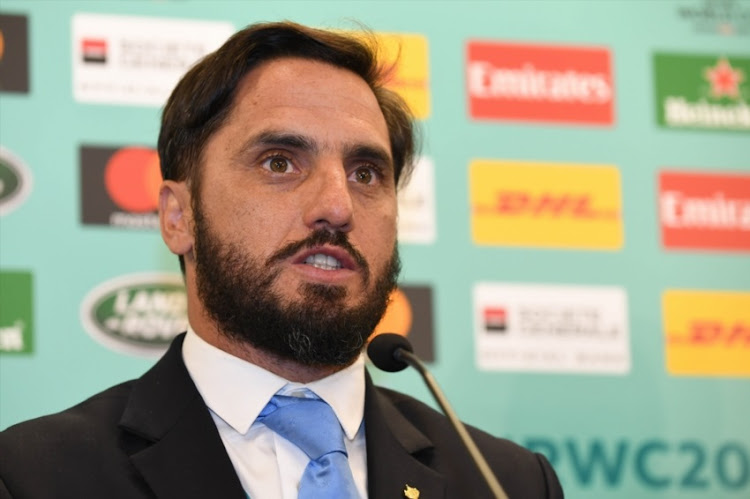 World Rugby top job hopeful Agustin Pichot says the use of technology should be expanded to help eliminate costly errors.

Pichot‚ who is opposing incumbent chairman Bill Beaumont in the World Rugby elections which started on Sunday‚ says he will embrace technology if he became the head of the organisation.

Pichot said the use of technology such as Hawk-Eye‚ which is already in use in other sports codes like cricket‚ tennis and badminton will only help officials who have a lot on their plate.

He isn’t just suggesting the use of technology like Hawk-Eye to adjudicate whether a try was scored but is advocating its wider use.

“I said it two years ago. I work with NFL and football and we embrace technology. I took it to Alain Rolland (World Rugby’s referees’ boss) and asked what would happen if we introduced an imaginary line from the back foot (hindmost feet) of the breakdown using Hawkeye and make it available to the TMO‚” Pichot said on the Will Greenwood podcast.

“That will give you a clearer picture of offside and onside. Can we create more space there if we had that in place especially if the referee and the assistant referees can’t see that in the game? It is too complicated for them because they look at everything.”

Pichot’s proposal is likely to meet opposition in an organisation often paralysed by red tape and bureaucracy.

However‚ the former Argentina scrumhalf vowed to make World Rugby fit for purpose by streamlining its decision-making process.

Off the field Pichot is also advocating change aimed at making rugby more accessible to the masses. With gaming attracting a widening pool of devotees Pichot‚ World Rugby’s deputy chairman‚ is keen for the sport to be part of the conversation.

“It is not rocket science. You look at your kids and it is a very simple equation. They play Fortnight‚ Fifa‚ League of Legends. Rugby is not in the top 10‚ 30 or 100 probably. In that aspect we have to see how we engage the fan. We need to give options for kids to have rugby close to them.

“There are so many ways to embrace technology‚ especially in eGaming. It is not just about one game but it is about how kids spend time and giving them rugby as a digital option. That is in the cadence of keeping your fans interested.”

He used the example of a closely fought Six Nations match played in driving rain earlier this year to highlight the difference between rugby’s purists and the market it is not tapping into.

“If you watched this year’s Scotland versus England game which was quite close and you got a 14‚ 15 or 19 year old boy or girl to watch that‚ they would not last 10 minutes.

"It is about also developing the second screen and using big data‚” he reminded.

Pichot in many quarters is seen as a maverick but dynamic alternative to the 68-year old Beaumont who is hoping to win a second term.

World Rugby will announce the results of the online secret ballot on the 12th of next month.