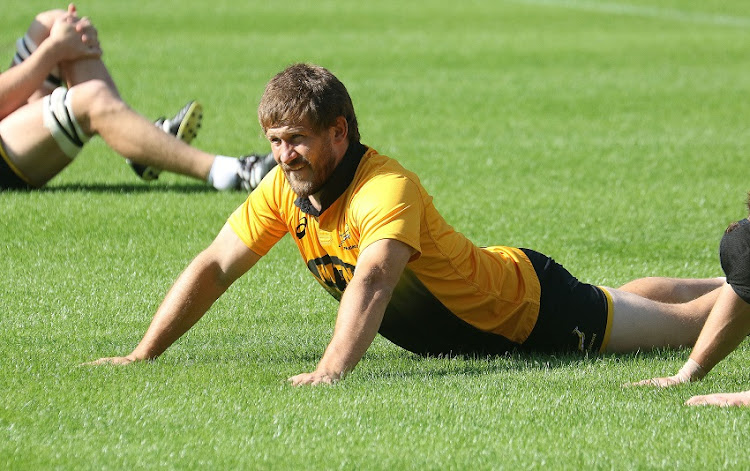 If it was up to Ruan Pienaar‚ Frans Steyn would be in all the teams he’s ever played in.

The pair‚ of course‚ were teammates at the start of the latter’s career at the Sharks and more recently at Montpellier but they will be reunited when Steyn moves back to Bloemfontein later this year.

Pienaar believes the Cheetahs will benefit greatly from having a player of Steyn’s stature.

“He has always been an X-factor player and he’s got incredible talent. He has shown this for a very long time. He brings experience‚” Pienaar said.

“If I had to pick a team of players that I’ve played with throughout my career his name would be one of the first. He gives everything and he is very passionate.”

Pienaar believes Steyn’s move back is all about timing.

“His daughter is getting to an age where she’ll need to go to school. Frans has a farm in the Free State and has a house in Bloemfontein‚” explained Pienaar.

He said in all their years in Europe they never played against each other.

“We played with each other for those two years at Montpellier before I came back. We talk regularly and our wives are good friends. We are looking forward to having the Steyns back in Bloemfontein‚” said Pienaar.

Steyn is certainly an interesting acquisition. Although he turns 33 next month He has retained his boyish exuberance‚ as was evidenced in Japan last year when he collected his second Rugby World Cup medal with the Springboks.

Although he didn’t feature in the Springboks’ crunch RWC opener against the All Blacks in Yokohama‚ Steyn became an integral part of the match day squad the deeper the Boks progressed in the tournament.

He started at inside centre against Namibia and Canada but he and Herschel Jantjies were selected as the only backs on the bench for the matches against Italy‚ Japan‚ Wales and England as the Boks rolled out their much vaunted ‘Bomb Squad’‚ their forward-heavy bench. Steyn’s versatility meant the Boks could use six forwards as subs.

Although he has stated his desire to be part of the a second series against the British and Irish Lions who tour here next year‚ Steyn is likely to have stiffer competition to get into the team.