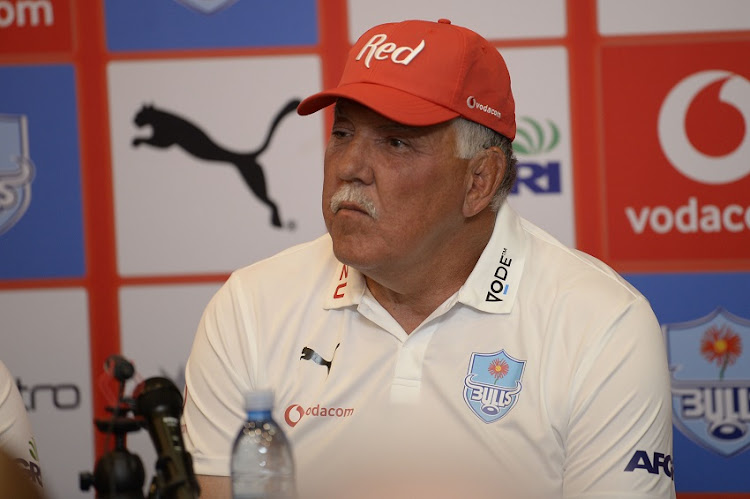 Under pressure Bulls coach Pote Human has threatened to ring wholesale changes for their crucial Super Rugby clash against the Highlanders at Loftus on Saturday.

His side goes into this round of fixtures having lost their opening four matches of the campaign and in desperate need of a win against the equally struggling Highlanders who lost to the Rebels last weekend.

The Bulls were bullied and punished for their ill-discipline by the Jaguares at Loftus last week and Human said he would address their deficiencies with the players at training this week.

“I will look if it’s the same culprits who commit the same mistakes and we will deal with that by maybe picking somebody else who will be disciplined‚” he said.

“It is not good enough for a team like the Bulls but we will look into whether we go with youngsters and build for the future or what.

"I am not going to give up and I know that the players are hurt and they feel it‚ but I didn’t expect the Jaguares to bully us the way they did.”

The Bulls conceded 16 to 9 penalties during the loss to the Argentineans‚ which cost them dearly in the end as were dominated by the Jaguares at scrum time and in the line-outs.

“I was disappointed with the line-outs‚" he said.

"I think we lost about five of them and that is not just good enough.

"The scrums didn’t go as planned and we gave them easy tries.”

If the Sunwolves suffer defeat to the Brumbies on Friday and the Bulls win against the Highlanders on the following day‚ they will move off the foot of the table and get the much needed boost to revive their campaign.

“Highlands will want to come back after they lost last weekend and our match is going to be difficult. But that’s Super Rugby for you and we knew that from the start of the season.

“In out last match‚ I expected them (Jaguares) to fight but I didn’t expect them to bully us the way they did. After this week we go on tour and it doesn’t get any easier for us‚ but we will keep fighting.”

After Saturday’s match‚ the Bulls embark on a four-week overseas tour to play against the Reds and Waratahs in Australia‚ and against the Hurricanes and the Chiefs in New Zealand.