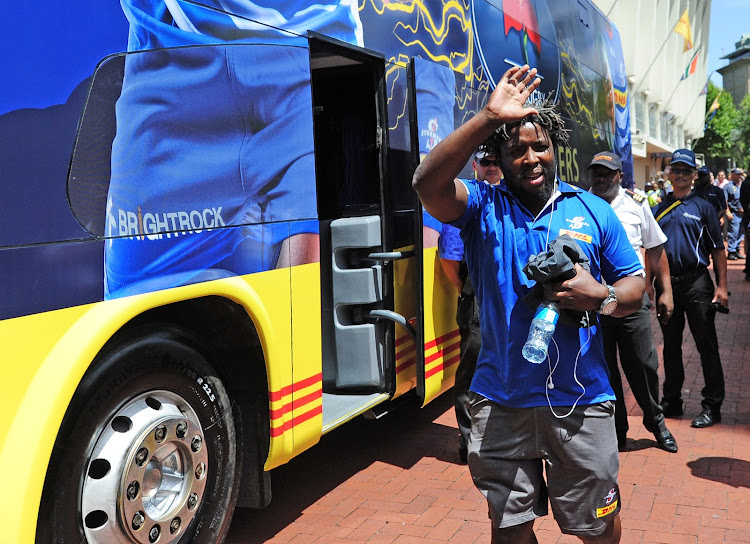 Scarra Ntubeni dished out a man of the match performance in the win over the Bulls on February 6 2020.
Image: Ryan Wilkisky/BackpagePix

The Lions’ scrum was on the receiving end against the Reds and this has not gone unnoticed in Cape Town.

Stormers hooker Scarra Ntubeni believes the set-piece is an area in which his team can gain traction when they meet the Lions at the Emirates Airline Park in Johannesburg in a Super Rugby clash on Saturday.

“We’ve done our homework on the Lions‚" he said.

"It (the scrum) is definitely an aspect of their game we'd like to target‚ but we don't want to get ahead of ourselves‚ because we've also spotted lots of good things in their game.”

There were times in their clash against the Reds that the Lions were simply manhandled in the set-piece.

The Reds earned five penalties against the Lions in an area they feel they can do a number on the opposition.

“We feel our scrum is something where we can look for dominance‚” confirmed Reds coach Brad Thorne after his team’s 27-20 defeat last Saturday.

Ntubeni was careful not to sound too eager. Fortunes in the scrum can swing wildly in a match‚ let alone from game to game.

“They (the Lions) also have Carlu Sadie who knows our structures. We’ll have to work hard‚” warned Ntubeni.

It is also worth noting the Stormers have lost Bongi Mbonambi and they don’t pack the punch they would ordinarily.

Apart from Mbonambi’s explosiveness‚ his durability would have been a key asset. Ntubeni would do well to go the same distance although his dexterity could come in handy should the game open up.

“If it’s required for me to stay on the field for long‚ then I’ll do my best. The Lions may try lift the tempo‚ but we’ll be out to slow things down.”

While the Stormers have succeeded in slowing their opposition down and in fact have kept them scoreless in their first two matches‚ assistant coach Labeeb Levy is keen to see the team assert itself in attack.

On a quicker surface this weekend the Stormers will be out to stretch the Lions’ defence.

For that to happen however they will need to cut down the errors that have hamstrung them in attack in the opening weeks.

“There were lots of unforced. They are fixable errors‚” said Levy before expressing the hope that the midfield partnership of Damian Willemse and Jamie Roberts will hit its straps.

“This week they will make it happen. Jamie is a calm person. He speaks calmly. They will click this week hopefully.”

South Africa’s rugby franchises are increasingly feeling the pinch. Even those who have owners with pockets as deep as mineshafts have had to bow to ...
Sport
2 years ago

Sharks happy with their brilliant start to tour of New Zealand

The Sharks are understandably happy with their brilliant start to their New Zealand tour‚ but they’ll have to up the ante this week when they visit ...
Sport
2 years ago

Rugby world champion and Bulls prop Trevor Nyakane is bracing himself for a bruising battle with Stormers counterpart Steven Kitshoff in the Super ...
Sport
2 years ago
Next Article