"Siya (Kolisi)‚ who was not there for the entire off-season obviously‚ responded by asking ‘what is that?’" 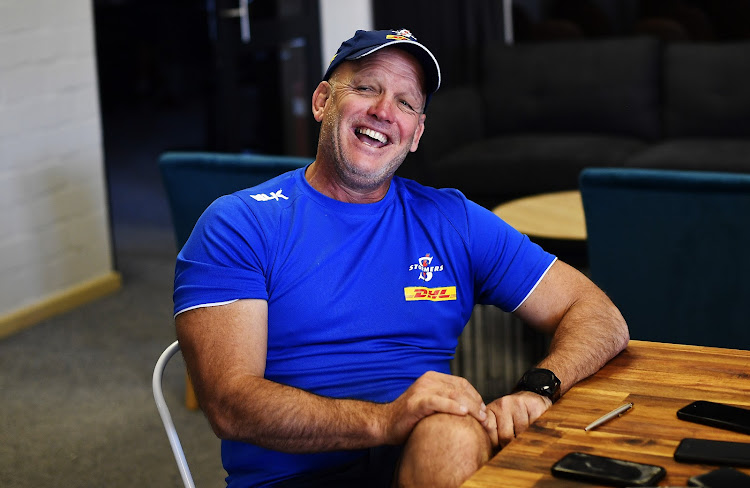 John Dobson is hoping to do what his predecessor failed to do which is to win a maiden Super Rugby title for the DHL Stormers.
Image: Ashley Vlotman/Gallo Images

Given the coach's post match observations‚ you would have been forgiven for thinking that the Stormers fell two points short of the Sharks in their Super Hero Sunday clash in Soweto.

The Stormers rode the punches and at times their luck to win 21-19‚ but coach John Dobson was under no illusions about what his team needs to address before meeting the Hurricanes in their Super Rugby opener at Newlands.

“Our maul defence was really poor against the Sharks‚ but I sent a message out for the guys to apply something we had been working on in training during the off-season‚" said Dobson.

"Siya (Kolisi)‚ who was not there for the entire off-season obviously‚ responded by asking ‘what is that?’

“So we just need some clarity. I was also disappointed with the scrum penalty we gave away in the first half‚ the one that led to Makazole Mapimpi scoring his first try.

“The forwards were very disappointing in the first half which I think is a conditioning issue.”

Dobson put some of it down to a lack of match sharpness.

“The Boks were a bit rusty‚ both Siya and Kitsie (Steven Kitshoff)‚ and generally I don’t think we worked hard enough in the first half‚ particularly the pack.

“On the flip side though‚ it was nice to see Kwenso Blose and some other youngsters come on in the second half and get scrum dominance.

"The way we finished was impressive‚ but we just weren’t working like we should at the end of the first half.”

The Stormers will have some reinforcement in the shape of star flank Pieter-Steph du Toit former Wales Test centre Jamie Roberts‚ as well as lock Cobus Wiese by the time they play the Hurricanes.

“Jamie will arrive on Wednesday.

"That was the whole issue‚ we wanted him here in time to be available for the Hurricanes game‚ which meant he had to be here this week‚” said the Stormers coach.

“Having said that‚ I thought that Rickus Pretorius (who wore the No 12 against the Sharks) was really good.”

Sharks coach Sean Everitt was far from downcast after the two-point defeat.

They came up short largely due to their inability to put distance between themselves and the Stormers in the first half‚ but the coach would have been pleased with his team’s scrap for first phase possession as well as the enterprise they showed from time to time.

“One of the big positives about our performance was the set-piece at scrum time‚” said Everitt.

He will be well aware that the Stormers went into battle without some of their leading lights‚ but the Sharks held the ascendancy in the set phase collisions.

“We were definitely the dominant pack in the first half. I wouldn’t say that is surprising because we have worked really hard and we have two very good props playing for us plus Kerron van Vuuren at hooker who is now coming through nicely.

“Le Roux Roets adds bulk in the second row and Hyron Andrews is now an experienced player. Add in the play of a couple of experienced loose-forwards and it was overall a good performance that we should be happy with.

“We were happy with what the game produced. It was just a warm-up game so we shouldn’t be too concerned about the result.

"The positives‚ aside from the set-piece‚ were the attack and the defence‚ although we did‚ unfortunately‚ leak a soft try. The hard work we have put into our breakdown play during the off-season also came to fruition.”

Although it is still a work in progress Everitt will also be pleased his team at times played without the shackles that characterised their play under his predecessor.

“We installed things in our game model that came to fruition in this game and that was very pleasing to see‚” said Everitt.

The outskirts of Jozi do not have a towering 1000m mountain but its square dusty mine dumps didn’t deter close on 48 500 people from turning up here ...
Sport
1 year ago

The Lions on Thursday invited the media to a place called the White House and what they said at times sounded like bluster.
Sport
1 year ago
Next Article