" I was happy with the discipline. I don’t know what the penalty count was but we were much better this week" 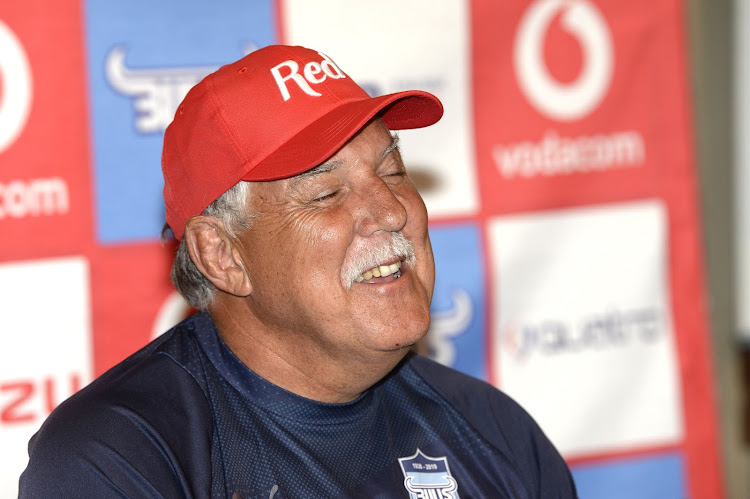 Bulls coach Pote Human will implore his team to deliver full 80-minute performances once Super Rugby gets underway at the end of the month.

His team delivered a come-from-behind 40-35 victory in a loose and entertaining clash in the second Super Hero Sunday match in Soweto but sustained grunt and control eluded them.

“We have to play for 80 minutes in Super Rugby.

"There can be no soft moments. We gave away two soft tries. We have to work hard at that. I was happy with the discipline. I don’t know what the penalty count was but we were much better this week‚” said Human.

His team did show that they were up for a fight once they were 21-7 down after 35 minutes. Their forwards got them onto the front foot but the Lions kept scoring against the run of play.

They kept plugging away and replacement Manie Libbok and Divan Rossouw made an impact.

“We wanted to see him at fullback and he had a nice outing‚” said Human about Libbok.

“We play with no fear and at times he threw the ball away but he’s a very talented rugby player and he did some great things out there. That’s the bonus playing him at fullback.”

Libbok was on the park after starting fullback Warrick Gelant took a heavy knock.

“Warrick was fine afterwards but just as a precaution we took him off and he will be ready to train again this week‚” said Human.

While Libbok shone it was left to Cornal Hendricks to score the match-winning try with two minutes to go‚ but not before he knocked the ball forward with the tryline at his mercy in an earlier attack.

“That was bad luck but I sent a message on ‘you must score now’ but fortunately for him he had just scored.

"That’s mistakes we can’t afford in Super Rugby but that is something we have to rectify. He knows I’m on his case‚” Human pointed out.

Hendricks‚ who played at outside centre‚ was typically direct and confrontational but needs some refinement.

“It was an adjustment for him having been accustomed to wing‚” said his centre partner Burger Odendaal.

"There’s still a couple of things he can work on. But that is minor detail we have to sort out‚” said Odendaal.

The captain brought some perspective to their effort.

“I’m very happy. Last year we lost on Super Hero Sunday but then turned it around in the first game.

“We have to remember this was just a warm up game but we are happy to get the win. We have a lot of work-ons but we can take a lot of positives as well.”

Given the coach's post match observations‚ you would have been forgiven for thinking that the Stormers fell two points short of the Sharks in their ...
Sport
1 year ago

The outskirts of Jozi do not have a towering 1000m mountain but its square dusty mine dumps didn’t deter close on 48 500 people from turning up here ...
Sport
1 year ago

The festive season break did little to douse Makazole Mapimpi’s devotion for dotting down.
Sport
1 year ago
Next Article