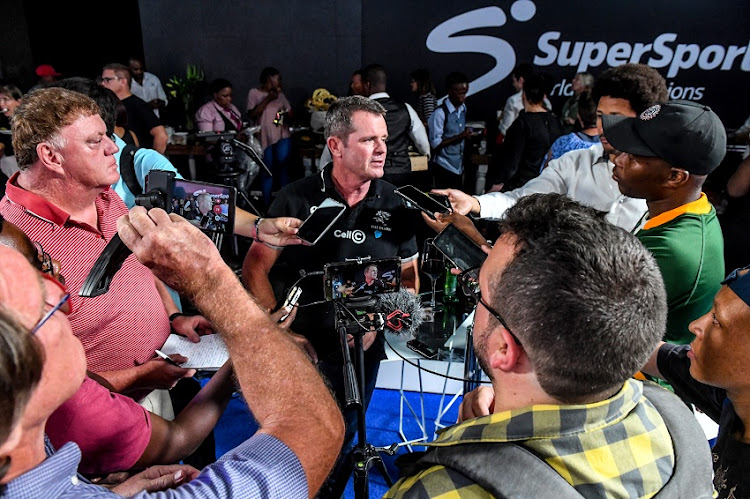 The sooner Super Rugby starts‚ the better for the Sharks as they'll have to get down to business quickly before their tough schedule overwhelms them.

The Sharks‚ who will be facing the Stormers in their SuperHero Sunday fixture at the FNB Stadium‚ know they won't have another opportunity to get their stuff right before their opening Super Rugby encounter against the Bulls on January 31.

Sharks coach Sean Everitt is aware of the importance of the game despite it being called a friendly.

After their opening game‚ the Sharks will embark on their four-game tour that'll see them face the Rebels‚ Reds‚ Hurricanes and Highlanders through February.

“Sunday is our final dress rehearsal as we don't have another friendly after this game.

"That's due to our difficult schedule because we play eight games in a row where there's a four-week tour included.

"It is an opportunity for us though to put together a good performance‚” Everitt said.

“Unfortunately‚ there's no friendly game in rugby. We call it a friendly game because there's no log points. The intensity is something that we've worked on. We want a high work rate‚ we want a lot of energy and that's what we want the crowds to judge us on.”

The Sharks played two friendly games against the North-West University Pukke and Russia. With a young squad‚ they lost to the Pukke but with a older unit‚ they crushed Russia 64-14.

The Sharks also have another warm-up fixture against Russia on Friday at Kings Park before Sunday's game.

The composition of the Sharks team will be interesting in that Everitt hasn't pressed his Springbok contingent into service.

However‚ the significant nature of Sunday's FNB hit-out means they may have to get stuck in.

“The Springboks returned to training in late December and they didn't take part in the contact work. We kept them out of that due to their workload and we've eased them back in.

"We didn't think it was going to be right to get them back in for the Russia game without the necessary contact work‚” Everitt said.

“We've been working hard with them in that facet over the past couple of weeks. They should be game ready and we'll be taking a big squad of 28 and we'll manage their workload on Sunday.”