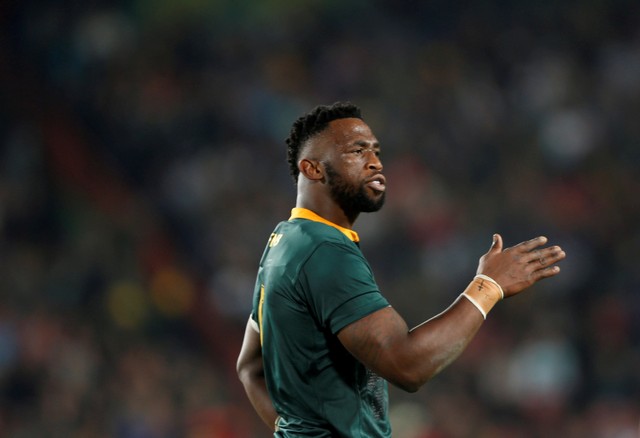 Siya Kolisi and the Springboks' heroics at the 2019 Rugby World Cup (RWC) in Japan not only made the nation proud but has also seen him soar to greater heights.

The Springbok captain has reportedly signed with the sports management company Roc Nation, which was founded by US rapper Jay-Z.

Here is what we know so far:

Veteran sports journalist Robert Marawa announced on Tuesday that Kolisi had signed with the management company in London.

He's currently in London, signing them papers as we speak!!

The UK's Daily Star reported that Kolisi, who is also a huge fan of Roc Nation, paid the President of Roc Nation Sports International, Michael Yormark, a visit to talk about the potential deal on Monday.

The publication also reported that the pair forged a strong relationship after the Springboks' victory at the World Cup.

According to Forbes, the Roc Nation Sports management division was founded in 2013 in partnership with Creative Artists Agency, a prominent talent agency based in Los Angeles.

Siya Kolisi joining @RocNationSports is a major KEY. AFRICA TO THE WORLD ?