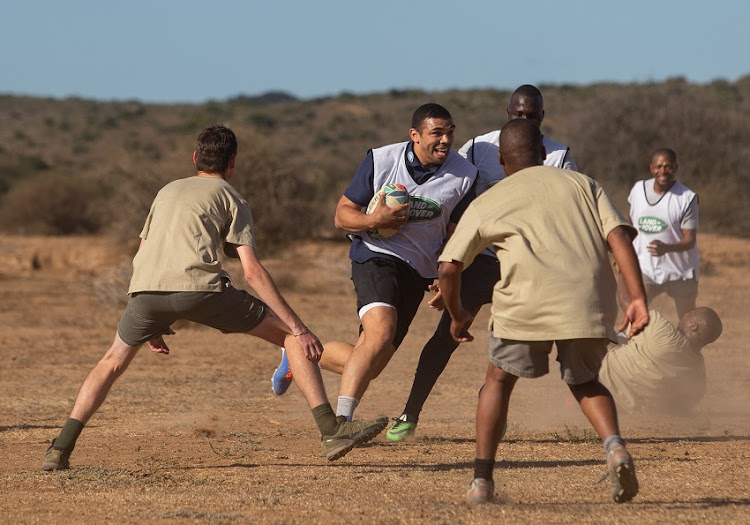 Former Springboks winger Bryan Habana has ruled out the possibility of going into coaching but would consider a role as a consultant or mentor.

The 36-year-old Habana‚ who won the Rugby World Cup with the Springboks in 2007 in France‚ retired in April 2018 and never did any coaching courses at the end of his playing career. “I definitely don’t want to go into coaching‚” he said.

“I haven’t done coaching badges or anything of that sort.

"The question is would I be qualified to be able to play any part as a coach?

"I probably think not.

"I haven’t thought about being involved or coaching that long.

"If there are opportunities to give back in mentorship or consulting‚ I would think about it but it is difficult at this point in time to say yes or no.”

Habana has graduated from the Toulouse Business School since hanging up his boots and has also kept himself busy by exploring business opportunities and doing ambassadorial work.

“I am grateful for what being a Springbok gave me not only as a rugby player but also as the person I have become‚" he said.

"And I am enjoying doing some business elements of life.

"They always talk about the transition period of life being difficult but I am really enjoying it‚ and I have been fortunate.

“I have enjoyed the 16 or so years of being in the SA rugby structure.

"I am currently enjoying doing ambassadorial work for one or two brands and also doing TV work in the UK.”

Habana said his priority at the moment is to spend as much time as possible with his family in Cape Town.

“I have been pretty much away from home this year and next year I would like to spend some more time at home in Cape Town."