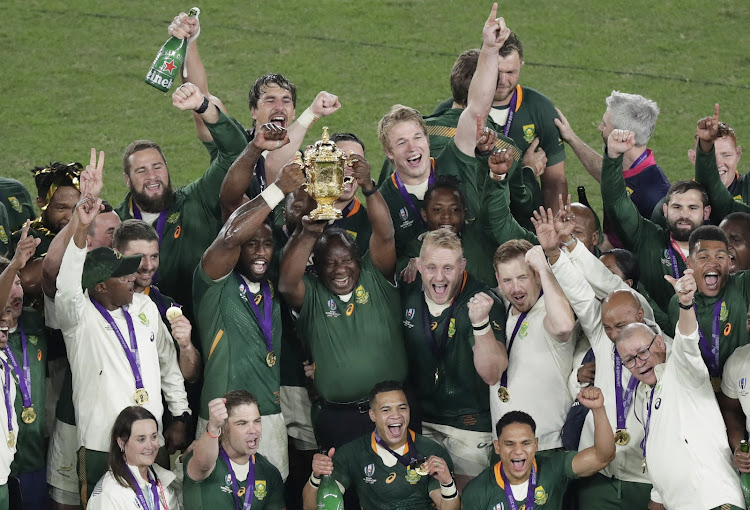 The Springboks will play their first match as reigning Rugby World Cup champions when they take on Scotland in July next year.

They will play Scotland on July 4 and 11 before hosting Georgia for the first time a week later.

The Tests form part of the Inbound series‚ that was traditionally played in June.

That window has‚ however‚ shifted to allow Super Rugby (in the case of the southern hemisphere) and the European leagues to run to conclusion before the start of international combat.

Scotland have not visited South Africa since 2014‚ when the Boks beat them by 55-6 in Port Elizabeth.

The Springboks and Georgia have only met once before‚ in a pool match at the World Cup in 2003 in Sydney‚ when SA won 46-19.

That match at the Sydney Football Stadium was John Smit’s first as captain and it also marked Schalk Burger’s debut Test.

The Boks are on the crest of the wave having won 10 of their last 12 Tests this year. They lost just once this year‚ suffering defeat in their first match at the World Cup when New Zealand beat them in Yokohama.

The only other match the Boks failed to win this year was also against New Zealand when they drew 16-all in Wellington.

Scotland have had a much leaner time of it. They won six of their 13 Tests this year‚ while also earning a thrilling draw against England at Twickenham.

They were eliminated amid scenes of delirium and an outpouring of national fervour in their last pool match at the World Cup by Japan.

With public safety and damage to infrastructure foremost considerations in the aftermath of killer Typhoon Hagibis‚ that match was almost cancelled but the hosts‚ thrillingly sent Scotland packing.

Georgia beat every team they were expected to this year. They lost two Tests against Scotland‚ and one each against Wales‚ Fiji and Australia in roster that saw them play 11 matches this year.

SA Rugby will confirm the venues and kick-off times of the three matches at a later stage.