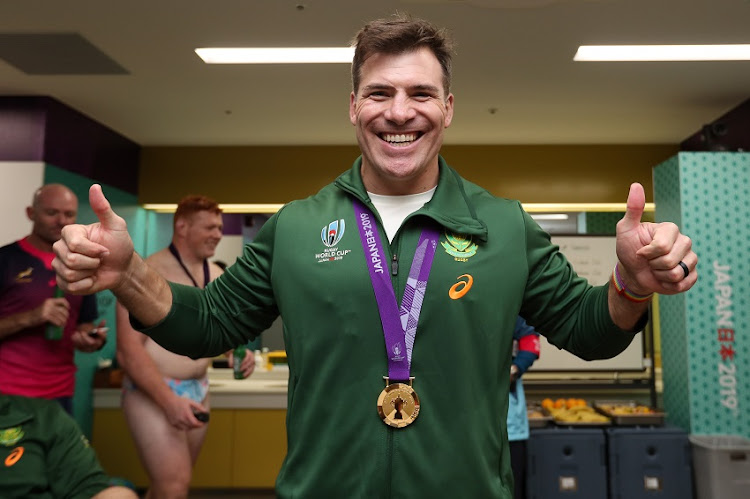 In what was the most expected of exits‚ Springbok hooker Schalk Brits has announced his retirement from the professional game.

The 38-year-old never expected to travel to another Rugby World Cup as a player after being part of the 2015 group and has called time on his career with no prospect of returning.

Having already retired from Saracens in 2018‚ he was sounded out by Springbok coach Johan “Rassie” Erasmus and the response was an affirmative one for the hooker.

Brits then went on to represent the Bulls with distinction in this year's Super Rugby tournament and also managed to captain the Springboks.

Brits was hardly used by the Springboks in 2018‚ but was a critical component in the build up to the successful 2019 Rugby World Cup annexation where he was a more than competent third hooker behind Bongi Mbonambi and Malcolm Marx.

The hooker had a sense that after the Canada game in Kobe‚ where the Springboks won 66-7‚ he was done with the tournament as the younger hookers were always going to take centrestage.

It's something he accepted with good grace as Brits is a team man through and through.

Having played in 15 Tests since his debut against Italy in 2008‚ Brits was only on the losing side twice.

The Perth defeat against Australia and the Cape Town reverse against England were nearly 10 years apart.

He was also part of the match-day 22 that beat New Zealand in Dunedin in 2008.

He heads off into the sunset with the likes of Tendai “Beast” Mtawarira and Francois Louw.