ANC MPL Christian Martin said he bought a padlock and locked the gate.

Martin said he had seen insulting memes and heard voice notes from people joking about why the 2019 Rugby World Cup (RWC) champions did not follow the initial route schedule, as well as the subsequent consequences.

“Some of us bought rugby jerseys and we brought our children out in the cold weather in support of the Boks.

“Then you have people making voice notes saying they did not come because people in the northern areas support the All Blacks!” Martin said.

“We are not going anywhere. And more people will join us in closing off the entrance.”

He said Manana had arrived at the offices and they would be having a meeting. This was confirmed by Manana. 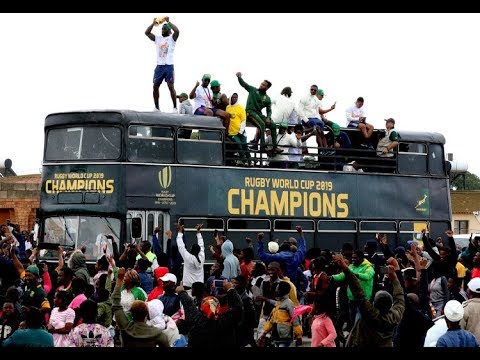