Durban fans disappointed as Bok parade passes them by 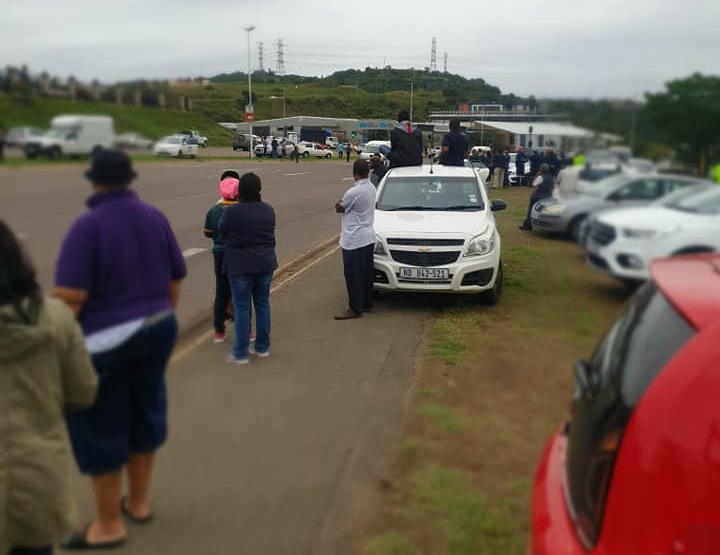 Hundreds of fans who lined Queen Nandi Drive on Friday morning didn't get to see the Springboks team on parade.
Image: Sonita Munsamy via Facebook

Hundreds of fans who lined Queen Nandi Drive outside Durban on Friday morning to catch a glimpse of the Springboks on parade were left disappointed when the route was changed at the last minute.

Fans who were clad in rugby jerseys and some who held posters waited patiently along the side of the road for about an hour before they were alerted via posts on social media that the bus carrying Springbok captain Siya Kolisi and his team had bypassed them.

Supporters on Queen Nandi Dr eagerly awaiting the Boks....& they bypass us ?

One fan, Sonita Munsamy, said she was with about 30 other people who had chosen a good vantage spot to see the team and cheer them on, but they were left disappointed when they realised the winning team was not coming.

"We waited for about 45 minutes and cars driving past us were shouting and saying they were not coming. Most of the people left to go elsewhere, but we remained because we weren't sure if it was true or not. Then more people joined us  so we had hope."

She said officers in a metro police van said the team was coming their way, and said they were monitoring the team on their phones.

WATCH: On the bus – the Boks surf into Durban

Despite overcast weather conditions‚ the streets of Durban on Friday overflowed with hordes of Springbok fans who came to welcome their Rugby World ...
Sport
2 years ago

"I have DSTV on my phone so we were watching eNews to see where they were. We saw them go down Inanda Road and past Newlands City and then we lost hope. We stuck around a while longer until everyone just left."

Munsamy said while they were sad not to see the team, they understood the challenges facing the team on tour.

eThekwini mayor Mxolisi Kaunda told TimesLIVE he was very sorry that the fans who had waited alongside Queen Nandi drive were left out.

He said the route was changed at the last minute because of time constraints.

"The challenge is that they have to be in Port Elizabeth. We tried to persuade them, and they said they would have loved to go to every part of the city but they were rushing to Port Elizabeth."

Springboks Elton Jantjies and Faf de Klerk emerged to a rapturous reception when they came through the terminal gates at OR Tambo Airport on Tuesday ...
Sport
2 years ago

There were also scenes of elation at the KwaGqalane Tavern in Zwide, Port Elizabeth, where Bok captain Siya Kolisi watched South Africa win the 2007 ...
Sport
2 years ago

IN PICTURES: Huge crowds turn out for the Boks in Durban

There was a huge turnout for the Springboks for their bus World Cup trophy tour on the streets of Durban on Friday‚ and an even more impressive ...
Sport
2 years ago
Next Article